Man charged with dealing large quantities of meth in Columbus 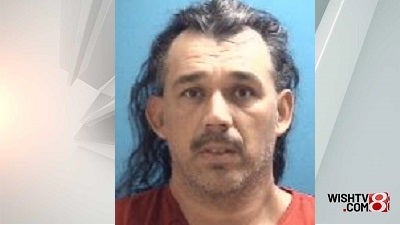 COLUMBUS, Ind. (WISH) – A 42-year-old man has been charged with dealing methamphetamine in Columbus, Indiana, according to the Columbus Police Department.

The department said the investigation into the drug activity of Roberto Jimenez Jr., who had previously been deported, began in early August 2021. In the early stages of the investigation, authorities were able to determine that Jimenez was having large quantities of illegal narcotics shipped into Columbus from other locations in the United States.

Then, on Sept. 29, Jimenez Jr. was apprehended following a vehicle and foot chase in Columbus. Just days after his arrest, on Oct. 1, officers intercepted a package meant for Jimenez Jr. That package contained, according to police, close to four pounds of methamphetamine.

Then on Nov. 16, CPD said, Jimenez Jr. was formally charged with dealing in methamphetamine. He is currently being held in the Bartholomew County Jail.

Police said the investigation continues and that more arrests in the case are possible.