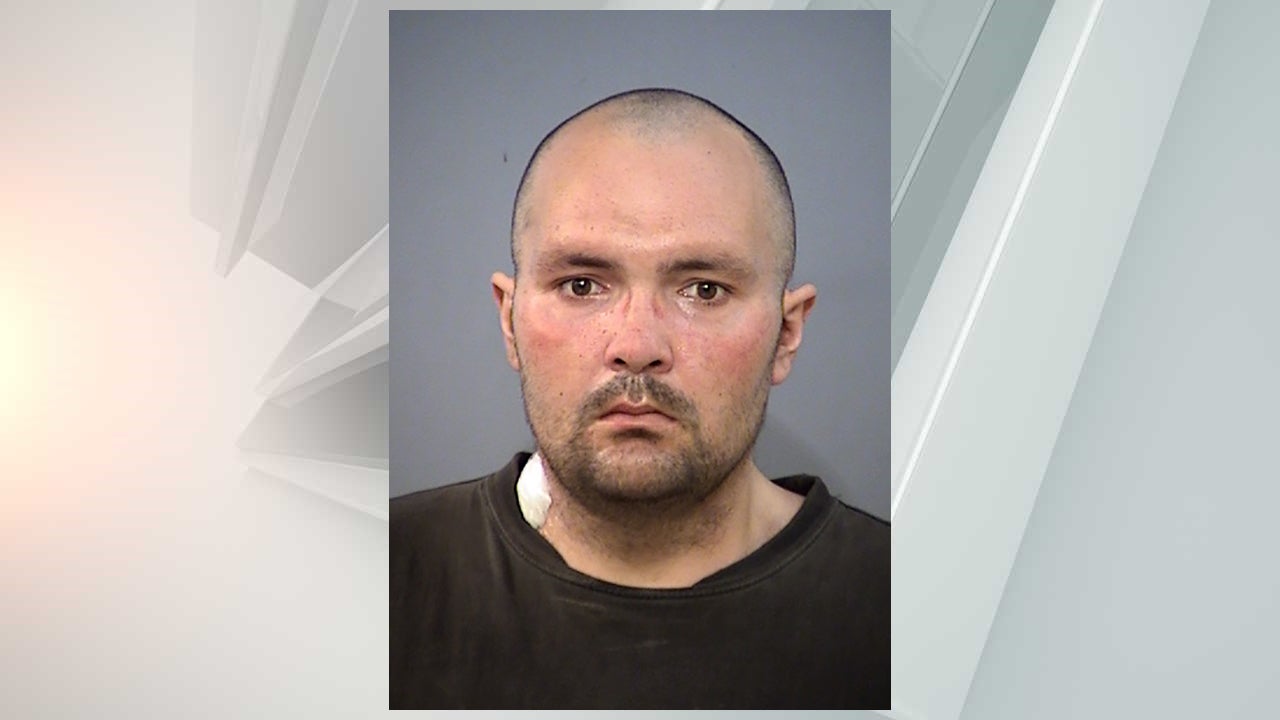 INDIANAPOLIS (WISH) — A 31-year-old man is set to be formally charged with murder Wednesday after police learned the woman he lives with got into a fight with another woman, possibly over cash or a drug transaction.

Daniel Gentry will be charged with the murder of a woman found a week ago in a shallow grave in a housing addition on the northwest side.

Chrishteena Veach, 39, was found dead after police went to a report about suspicious activity shortly before 6 a.m. April 6 in a wooded area in the 7400 block of Hollingsworth Drive, according to court documents. A news release issued Friday by Indianapolis Metropolitan Police Department said the report was made about 6 p.m. April 6.

The Marion County Coroner’s Office on Friday said Veach died of multiple sharp and blunt-force injuries. The blunt-force injuries to her head likely came from a bat, and the knife wounds were made after Veach had been hit in the head, a crime scene specialist determined.

Residents of Hollingsworth Drive initially shared concerns with police about people who were not usually in their neighborhood along a four-block, dead-end street off East 71st Street and east of Michigan Road.

Shortly before dawn April 6, neighbors heard people arguing by a truck, which had its lights being turned off and on.

Police arrived to find Shelby Benson walking through the neighborhood; she was wet and muddy and had cuts on her arms and face. Benson, who police later determined lived with Gentry, told an officer “she had just got into a fight with her friend because she accused her friend of taking $30,” according to court documents. Benson also told the officer “that the friend hit her with a frying pan” and Benson had hit back. She told police she was waiting on her husband, Gentry, who approached as the officer talked to her.

Gentry told the officer that the fight had resulted in dogs getting loose and he’d been searching in the woods off Hollingsworth Drive, which was the reason his hands were cut and bloody.

About three hours later, the IMPD officer returned to Hollingsworth Drive on a report of an illegally parked Chevrolet Silverado truck. The red Silverado was found stuck in mud in a vacant, wooded lot between two homes. The officer called a tow truck.

While the officer waited for the Silverado to be towed, Gentry drove up in a “old blue rusted pickup truck with a loud knocking motor/muffler sound.” The officer recognized Gentry as the driver. The officer saw Gentry talk to a homeowner in the area and later leave. Afterward, the officer approached the homeowner, who said he’d never seen Gentry before. The homeowner also said his wife had seen a man and woman trying to put broken sticks under the tires of the Silverado to try to free it from the mud.

Late that afternoon, a group that tracks offenders wearing ankle monitors had received a “Six-hour No Movement Alert” for Veach. That’s when she was found “partially buried” and “covered with sticks and other foliage.” Investigators also found bloody clothes at the site.

Veach had been charged in January with criminal confinement and battery in a Marion County court.

Police later learned Veach’s last known location was in the predawn hours at the same address where Gentry and Benson lived together in the 2300 block of West 60th Street.

The next day, April 7, police obtained a warrant to search the home of Gentry and Benson. “Blood was located in the attached storage area, which led to the dining room. Blood was also located on the ground, on a bat, trash can, exterior wall, doorway, door, and inside the storage area floor,” court documents said.

A detective also spoke with a neighbor of Gentry and Benson. The neighbor told the detective she had spoken with Gentry and heard him admit he’d killed someone named “Pauline,” who had “stolen his dope and money,” and left her in the woods of some neighborhood, the court documents said.

Later April 7, a crime scene specialist examined the Silverado and found blood and “suspected brain matter” in the truck’s bed. Gentry’s wallet and ID cards, and Benson’s mail and medical records also were in the truck.

Gentry was found and arrested April 8. An officer saw Gentry inject himself with something before his arrest, and he later told police it was fentanyl given to his wife by Veach.

Gentry’s initial hearing was set for 6:30 a.m. Thursday in Marion Superior Court 32. A jury trial has been set for June 28. He was being held in jail without bond.

Court records also show Gentry and Benson face eviction from their home; an emergency hearing was set for Thursday.