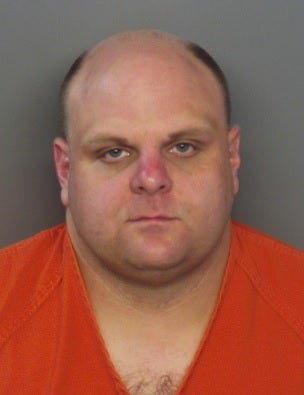 Jed Adams, a K-9 handler, has been with the sheriff’s office for seven years. The department terminated him Thursday.