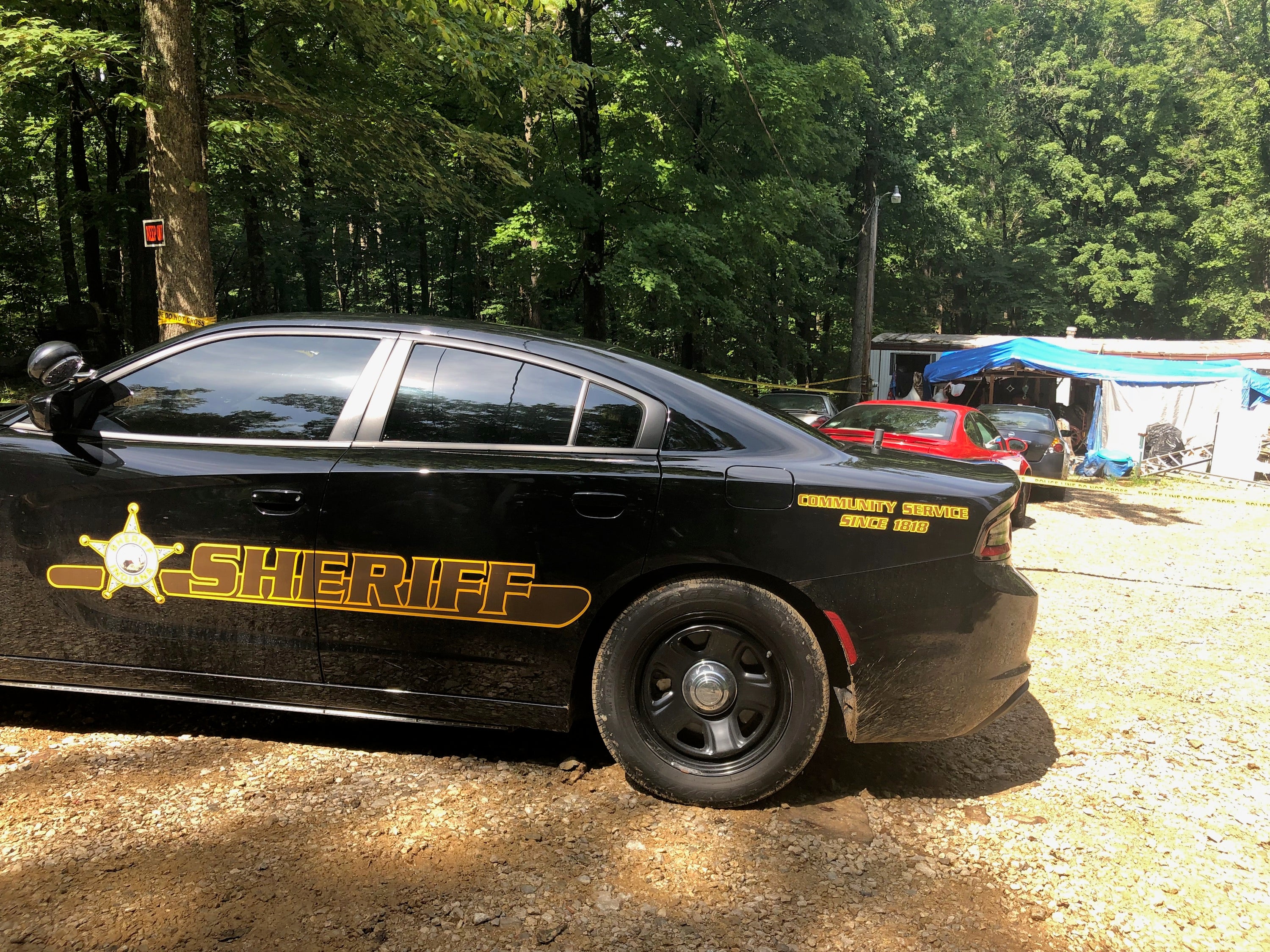 BLOOMINGTON, Ind. (WISH) — A Bloomington man wanted for violating the terms of his pre-trial release was arrested Sunday after two Monroe County sheriff’s deputies fired at him during an hourslong search, the sheriff’s office said Monday afternoon.

The pursuit of Dustin Galyan started around 5:20 p.m. Sunday, when someone dialed 911 to report a man passed out on the lawn of a house on Mt. Gilead Road. When emergency medics showed up, the man ran. That’s when deputies identified him as Galyan, who had a warrant out for violating the terms of his pre-trial release over a felony charge of narcotics possession.

Galyan ran into his own home, which was near where he’d passed out, and deputies who tried to open the door found it barricaded. Then Galyan went out the back door of the home holding a handgun. Two deputies shot at Galyan when the man “raised the weapon,” the sheriff’s office said, and Galyan got away. Deputies later found Galyan’s grandmother inside the home with signs of physical assault. She told them she remembered walking in her home and later waking up on a bed in the barricaded home.

A few hours later, people who lived in a nearby home called 911 to say Galyan was there and that they were driving him to the police. Deputies and members of the Critical Incident Response Team met up with the vehicle and took Galyan into custody. He was examined at a nearby hospital for minor injuries “not related to the firearms discharged,” the sheriff’s office said.

Galyan on Monday was listed in the Monroe County Jail. His age was listed by jail records as 34 and by the sheriff’s office as 33.