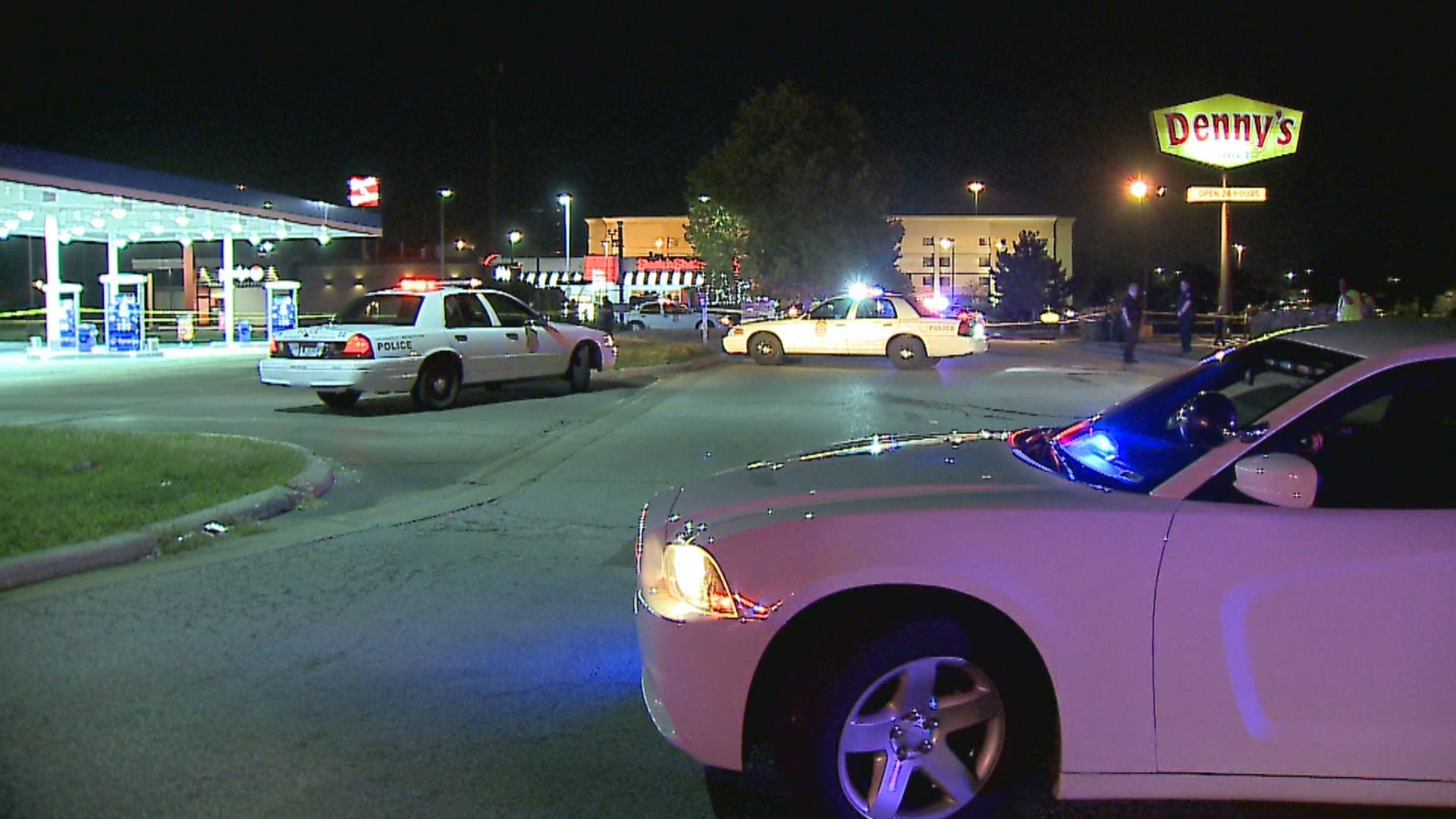 INDIANAPOLIS (WISH) — A shootout in the middle of a busy area ended Thursday night with a suspect in jail and another on the run.

Dozens of bullets sprayed the area as people and cars passed. It happened Thursday around 11:15 p.m. near East 25th Street and Post Road on the city’s east side. According to police, there were no injuries reported, but neighbors still are concerned.

In the nearby homes along Roy Road, the biggest disruption during the day was the noise of kids at play and neighbors doing yard work. Resident Tommy Tyner said he was about to go to sleep when he heard gunshots.

“Just pang, ping, ping. I looked out the door and thought maybe it was somebody shooting firecrackers,” Tyner said.

Mike Tyner is Tommy’s grown son. From their backyard, Mike showed where the shootout took place, just beyond the trees and across the road.

According to police at least 30 shots were fired between two men. One shot from a Circle K convenience store and the other from the Denny’s restaurant across Post Drive, an access road of 25th and Post Road.

“It just seems like everything is getting so out of hand. People are just too quick to shoot,” Mike Tyner said.

Investigators said they are not sure what happened before the shooting.

But, the Tyners are certain of one thing: This type of thing is not welcome in their neighborhood.

“I’d like them to stay out of the neighborhood, if they’re going to create them kind of problems,” Tommy Tyner said.

Investigators are reviewing surveillance video. Anyone with information on the investigation can call Crime Stoppers of Central Indiana at 317-262-8477.