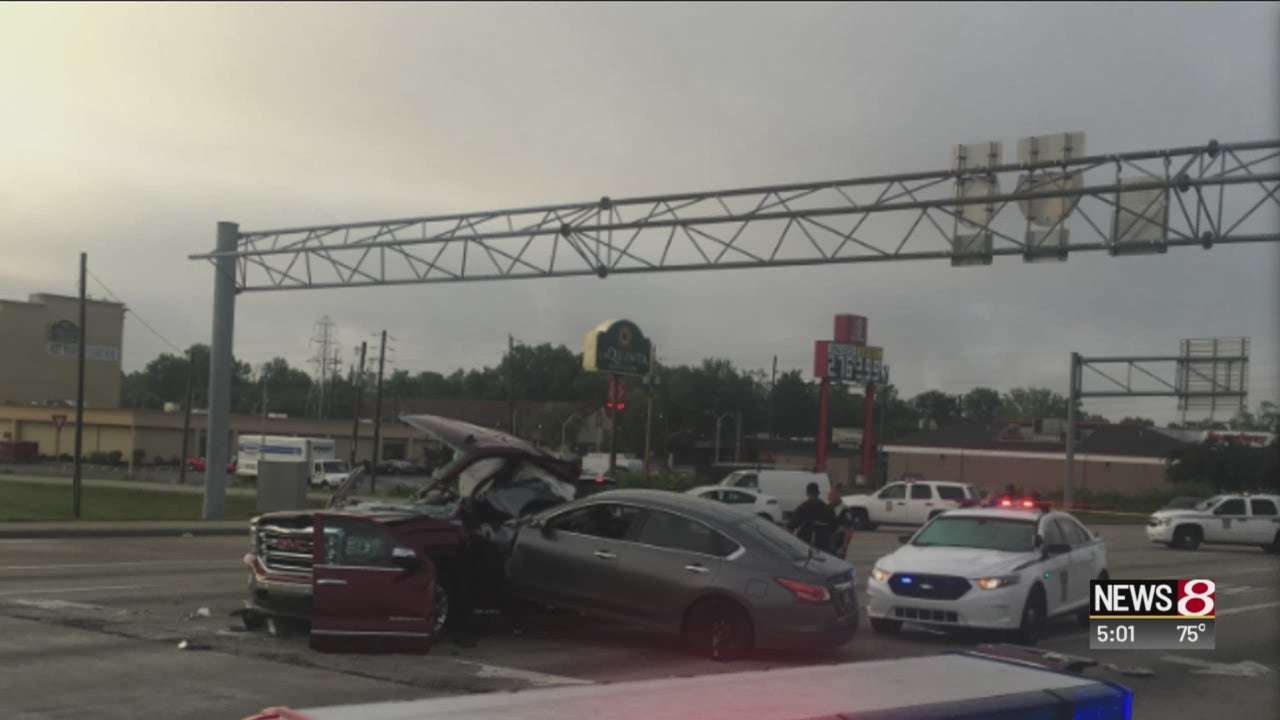 The crash, which happened just before 5 a.m. Friday, killed the driver of a pickup truck.

Rick Montgomery said he works in the area and drove by the crash site.

“It made me sick to my stomach honestly,” Montgomery said.

He saw a gray Nissan wedged into the side of the red GMC pickup.

Police said the driver of the Nissan, who officers believe was intoxicated, exited 465 eastbound. The car went off the road, became airborne and rammed into the driver’s side of the pickup, which was sitting at a red light.

The busy intersection is surrounded by a string of Beech Grove businesses.

“It’s kind of scary sitting there (at the intersection). People don’t know. They look confused on their way in,” Montgomery said.

Records list 38 accidents near the intersection since March 21, 2016, causing 13 injuries, according to data obtained by I-Team 8’s Stephanie Zepelin and compiled by a data collection company called LexisNexis Risk Solutions.

Those numbers do not include Friday’s deadly crash.

“I have traveled that exit quite a few times,” said Don Cullin, who works in the area.

Cullin said the intersection is not dangerous.

“They must have really been pretty lit in order to wreck like that because there’s no reason it should have went that way,” Cullin said.

Police have not released the driver’s blood alcohol content. They said the driver of the Nissan was taken to the hospital with injuries that do not appear life-threatening.

“I can’t understand that. Anyone who is drunk, there’s too many things out there for Uber rides and all that. There’s no reason for drunk driving anymore,” Cullin said.

Officers have not released the names of the suspect or the victim.