Police: Woman hospitalized after being robbed, pistol whipped in Carmel 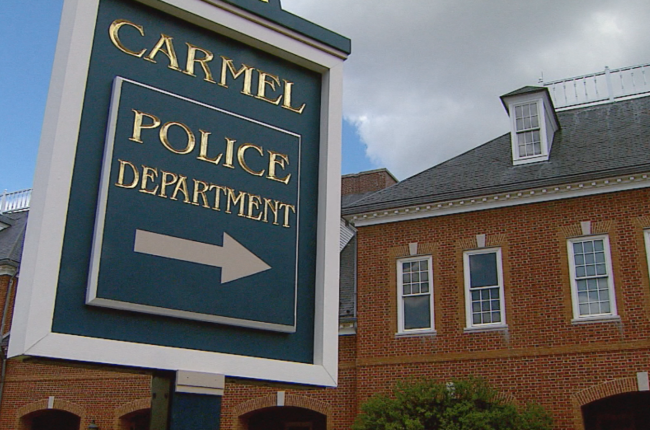 CARMEL, Ind. (WISH) — The Carmel Police Department is looking for two men after a woman was pistol whipped and robbed on Thursday morning.

A woman, who was warming her car after turning it on with a key fob, walked out of her home to go to work.

She said a man in all black approached her with a gun while another man was going through her vehicle. She said he stole cash from her center console.

She said she was hit several times with the man’s gun, leading to her being hospitalized.

She told police they fled south on Green Street in a white car.

Police describe the man with the gun as a black male in his early 30s, 5’8″ with an average build, wearing a black coat, black pants, black shoes and a black ski mask.

The other suspect is described as a black male in his mid-to-late 20s, 6′ with a skinny build, wearing an orange or red coat and a knit orange hat, and possibly wearing a surgical mask.

If you have any information on this case, please contact the Carmel Police Department at 317-571-2500.