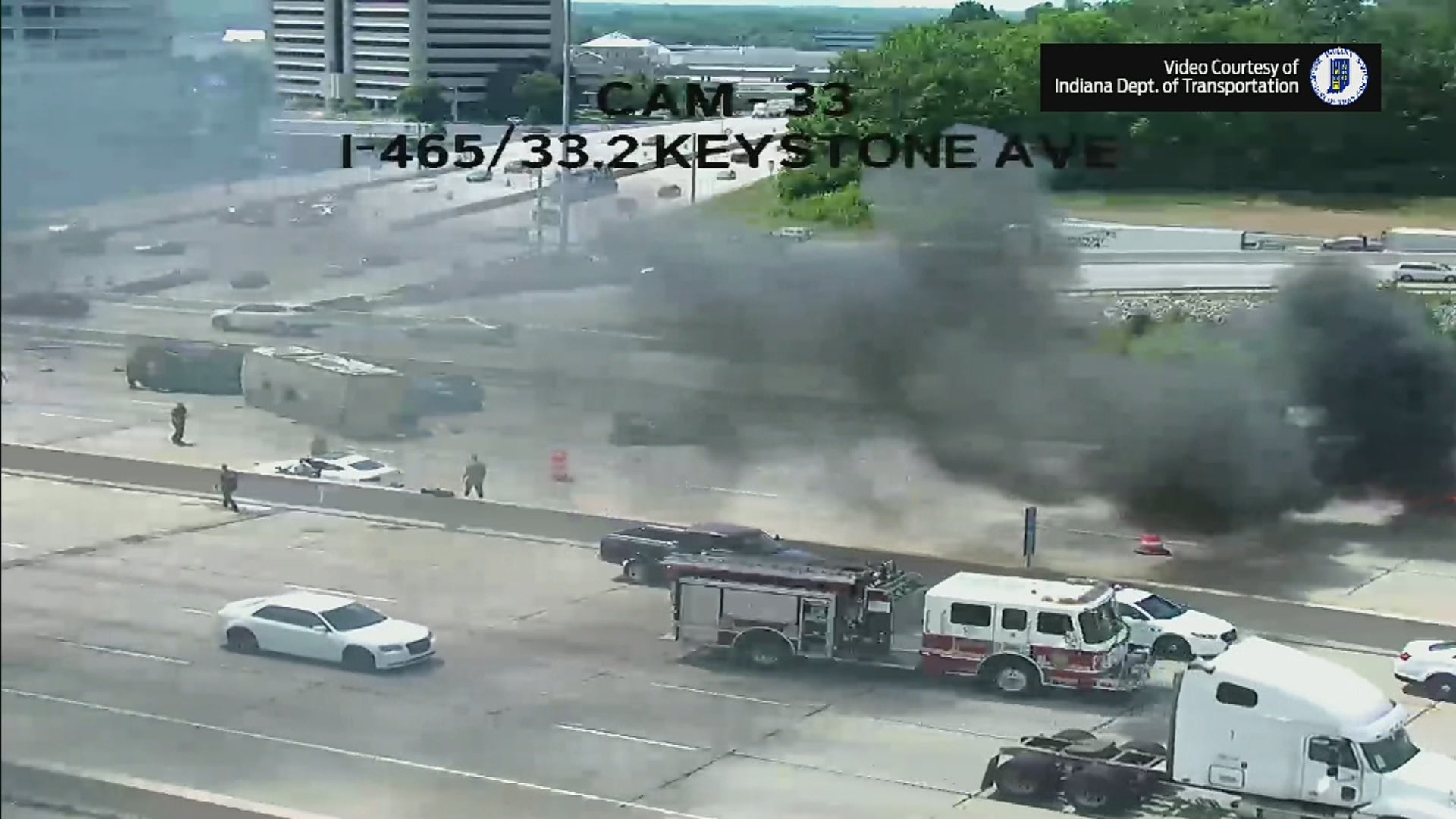 INDIANAPOLIS (WISH) — Family and friends of Alanna Koons were grieving Monday after a crash killed the 29-year-old and her twin 18-month-old daughters, Ruby and June.

People who witnessed the crash and others who walked away from it were in shock, an Indianapolis Fire Department spokeswoman said. “It is absolutely gut-wrenching for anyone that was on that scene,” Battalion Chief Rita Reith said.

The crash happened around noon Sunday in the eastbound lanes of I-465 near Keystone Avenue. Authorities said the semi plowed into stopped traffic at a high rate of speed, hitting six cars and overturning a truck.

Bruce Pollard, 57, of Sturgeon, Missouri, was driving a semitractor-trailer carrying metal shelving. He was in the Marion County Jail on Monday. Online court records showed no case for Pollard on Monday, but police said he faces three preliminary counts of reckless homicide and five counts of criminal recklessness causing injury.

First responders told Reith what they saw was mentally challenging. “They said when they pulled out of the bay they could see black smoke in the air, so they knew something was on fire. They just didn’t know it was as engulfed as it was by the time that they got there,” Reith said.

The way the semi hit the Koons’ car caused it to burst into flames. “There is going to be very little chance that somebody was able to get out of that car,” Reith said.

She said the crash was notable and would stick in the minds of first responders for some time.

“You can’t unsee what happened,” Reith said. “Very, very tragic situation. Immediately upon arrival, there was absolutely nothing that they could do, and it just completely set the tone for the rest of the run.”

“You are going to put water on the fire, of course. But the amount of fire that that car was involved in at that point, there is really nothing that they could have done.”

As more details about the crash surfaced Monday, another detail also made the tragic crash harder to process. “It was something that was so totally preventable that I don’t think anybody could wrap their head around what had just happened,” Reith said.

Pollard’s trucking company had not responded by Monday afternoon to a request seeking comment.