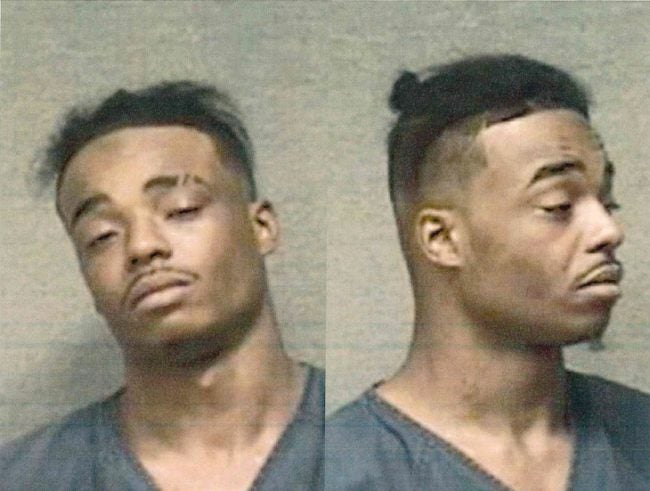 MUNCIE, Ind. (WISH) — Police have arrested a man in connection with the body found Tuesday in Muncie.

Alonzo Williams, 24, was arrested Friday around 4:30 a.m. on the south side of Marion County and faces a preliminary murder charge.

After receiving a call of shots fired in the 4600 block of East Inlow Springs Road Tuesday morning around 1:30 a.m., police say they responded to a later call from the same location, where they were led to the body of a black male later identified as Jeffrey Brown. Police say Brown suffered multiple gunshot wounds to the head, his hands bound behind his back. There were 13 shell casings found around Brown’s body and another in his clothing.

Brown had been a suspect in the Feb. 5 fatal shooting of Joseph Johnson.  According to witnesses cited in the charging documents, Williams was related to Johnson and was angry at Brown, believing Brown was responsible for Johnson’s death.

According to charging documents, Williams went to a residence in East Highland Drive between 9 and 10 p.m. Monday night, where he asked to borrow a vehicle and a 9 mm pistol. He left but returned to the home between 11 p.m. and midnight, this time with Brown and another person. Witnesses say Williams asked for a semi-automatic pistol kept at the house, saying he intended to commit a robbery, then left with Brown.

A witness cited in the documents says Williams planned to rob Brown violently after he dropped the witness off at his home in East Adams Street.  . When Williams returned to the residence Tuesday morning, the borrowed truck had front-end damage and was covered in mud. Alonzo also reportedly asked for bleach to clean the pistols.

Officers say during questioning Williams repeatedly acted as though he did not understand questions.

Williams is being held without bond in the Delaware County Jail.