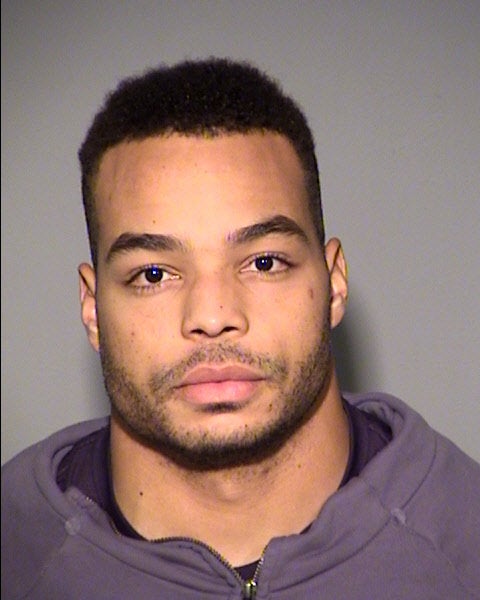 INDIANAPOLIS (WISH) – The trial of a former Indianapolis Colts player accused of rape began on Monday, and a jury was selected by 1:30 p.m.

Police arrested Colts linebacker Josh McNary back in January. He has denied all of the charges he’s accused of, which include rape, criminal confinement and battery.

It’s been nearly nine months since the alleged incident happened and Monday jury selection will begin in the trial.

According to court documents, the incident happened on Dec. 1, 2014 after a night of partying. The unidentified victim told police she was with co-workers out at a bar downtown called Tiki Bob’s.

She says she later woke up at a man’s apartment, but could not remember how she got there. She told police she was drunk and had to lie down. According to the deputy prosecutor, the accuser said she verbally told McNary to stop, scratched him and unsuccessfully tried to push him off of her. That’s when she says she resisted several advances from the man who she says then raped her.

When she left the apartment she was able to take the man’s cell phone. That’s how police say they were able to connect McNary to the case. Police say it was his phone the woman took from the apartment.

According to court documents, McNary was then taken to Sidney & Lois Eskenazi Hospital where detectives said scratches were found on his body.

Proceedings at the City-County Building got underway at 9 a.m.

McNary offered no comment as he left the courthouse for lunch but when he returned, his lawyer did make an opening statement saying the accuser consented to sex and McNary is innocent.

McNary’s lawyer said the woman never told McNary to stop, and the lawyer called her a “confused young woman who drinks too much.” The lawyer said her words are “inconsistent with her actions.”

The deputy prosecutor said visual evidence will be provided in the case that will show the woman’s injuries. McNary’s lawyers said they’ve seen that evidence and it shows no indication of rape.