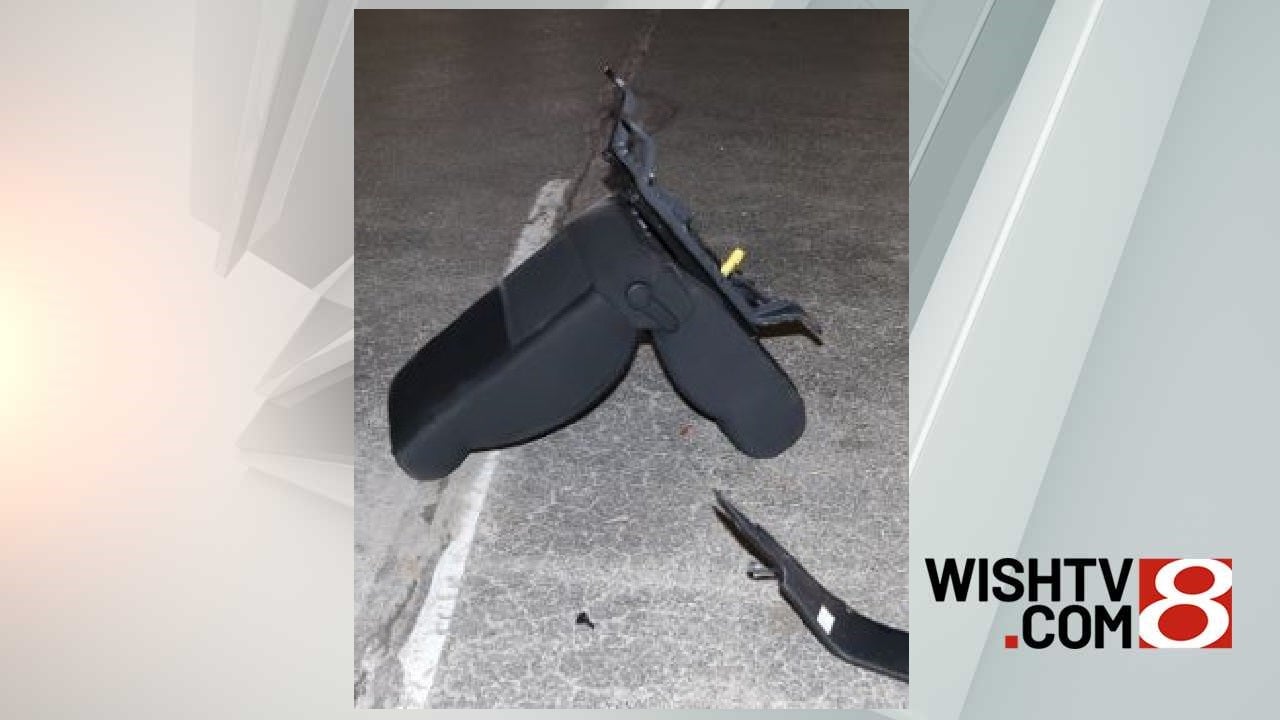 NOBLESVILLE, Ind. (WISH) — The mystery over a vehicle seat found with blood and teeth Tuesday in a store’s parking lot got even more mysterious Thursday after the vehicle was found in Terre Haute.

About 9:06 p.m. Tuesday, police found a driver- or passenger-side seat believed to be from a Jeep Wrangler in the parking lot of the Lowe’s Home Improvement at 16800 Mercantile Blvd. That’s in the Stoney Creek Commons shopping plaza.

Police said there was blood on the seat and several adult teeth on and near it.

On Thursday night, police provided new information: They found the vehicle and determined it was involved in a suicide investigation in January in Pennsylvania.

WTWO, a sister TV station of News 8, said the white vehicle was found Thursday at a Thornton’s gas station in Terre Haute near the Interstate 70 interchange at State Road 641.

The vehicle later was sold to “a 3rd party without any prior knowledge of the incident,” police said in an updated news release. Police also said they found the new owner Thursday.

No additional details were immediately known.

Anyone with information on what may have happened is asked to contact Noblesville Police Department Detective Sgt. Tim Hendricks at (317) 776-6371 or thendricks@noblesville.in.us.

by: Annessa Chumbley / 26 mins ago