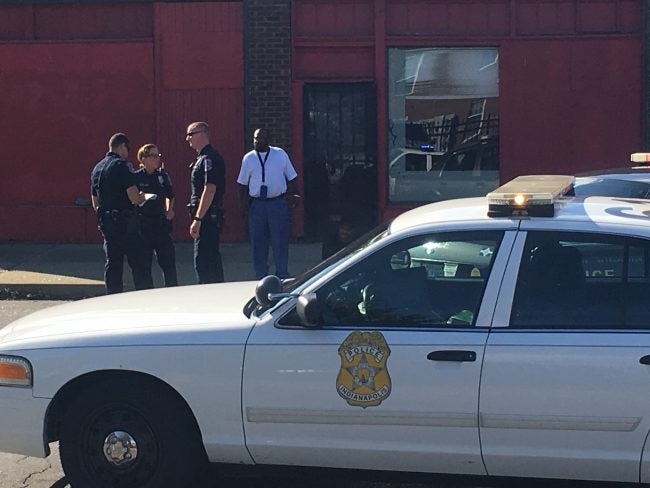 INDIANAPOLIS (WISH) — A man is fighting for his life in the hospital after police say he was shot on the near north side.

The man was at a Marathon gas station located at 30th Street and College Avenue, when he was shot Saturday afternoon, according to Indianapolis Metropolitan Police Department.

IMPD officers were dispatched to the area just before 3:30 p.m.

Police say after the man was shot, he drove himself away from the gas station, then slammed into a car less than a block away.

Tyrone Jordan told 24-Hour News 8 he witnessed the immediate aftermath of the shooting and heard the shots.

“I saw a guy at the pump pumping gas. A guy pulled up, and I heard, I looked down, then POW! I heard a shot!” Jordan said.

Tyrone said he and other men rushed over to try to help the victim as he lay bleeding on the side of the road.

“It kind of hurt me. Just because I was there. Seeing a guy laying on the ground like that, bleeding from the chest, begging for help,” Jordan explained.

Investigators were working Saturday to figure out what exactly happened but are calling it an isolated incident.

The victim was in critical but stable condition as of Saturday evening, according to Genae Cook with IMPD.

No suspect description has been released.