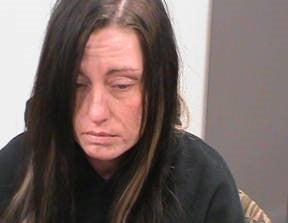 PLAINFIELD, Ind. (WISH) — A woman was arrested for trying to pass tobacco-filled tennis balls into the Plainfield Correctional Facility.

The prison said Christy Buis was spotted dressed in black running from the facility’s compost building around 2:30 a.m. Tuesday. She was taken into custody near the perimeter after a brief chase.

After a search of the grounds, officers found Buis had stashed five tennis balls filled with tobacco, according to the prison.

Buis faces preliminary charges of trafficking with an inmate and possession of paraphernalia.

“I would like to extend my appreciation to our staff for their vigilance and to the Plainfield Police Department for their assistance in locating and detaining this individual,” Superintendent Stan Knight said in a press release. “This shows our collective efforts help keep our community, staff and facility safe.”