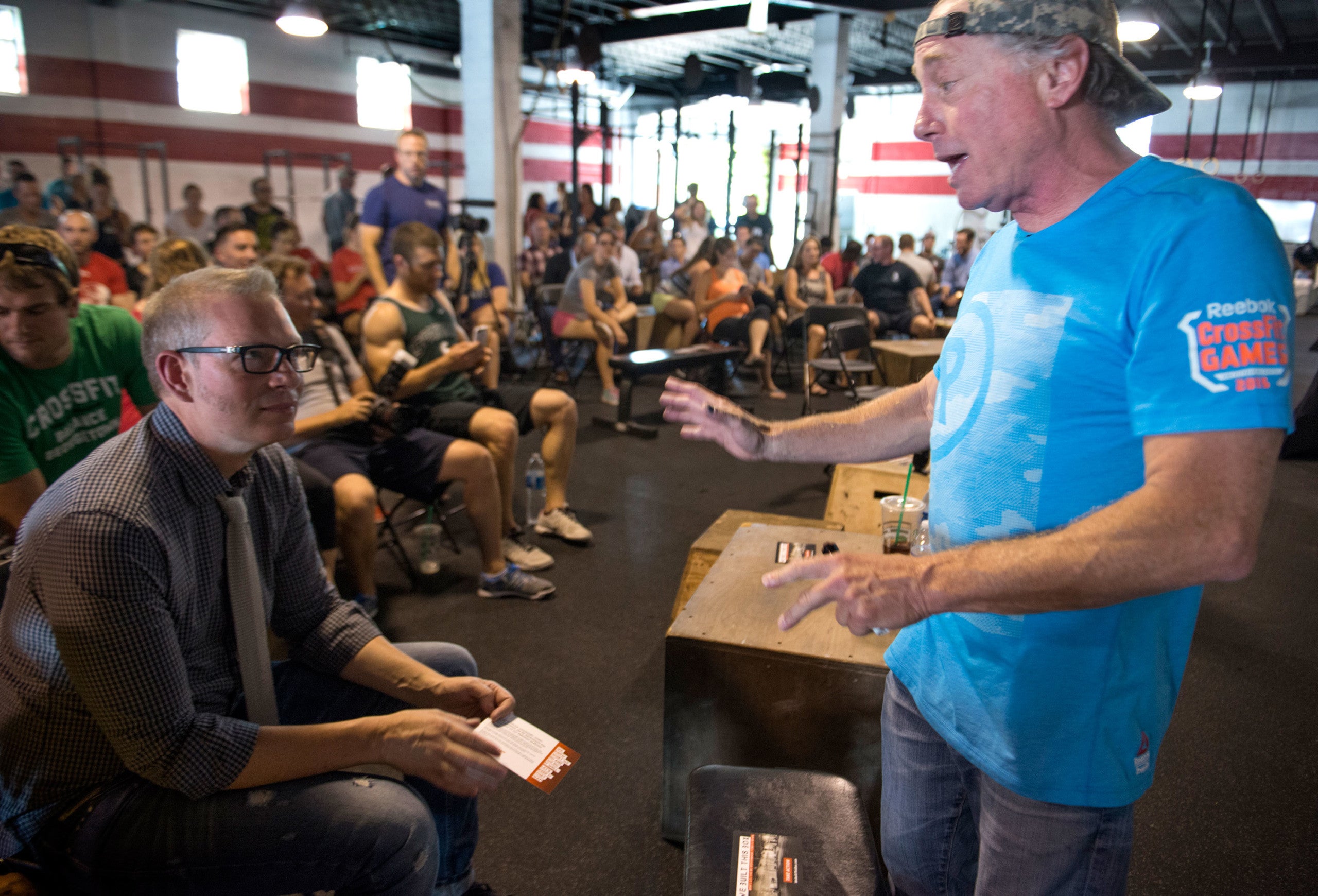 WASHINGTON, DC - JULY 31: Crossfit Inc. founder and CEO Greg Glassman (R) talks to employees prior to a presentation at the Half street location in Washington, DC on July 31, 2015. CrossFit is waging a war against new DC rules to regulate personal trainers, saying D.C. is a pawn in a commercial fight over personal fitness. The city council is proposing licensure and regulation of personal trainers. There is a fee involved. If the law should pass, DC would be the first municipality in the nation to do so. Crossfit Inc. officials are fighting the proposed law and say that they are trying to legislate something that they do not understand. (Photo by Linda Davidson / The Washington Post via Getty Images via CNN)
by: Clare Duffy, CNN Business
Posted: Jun 8, 2020 / 11:18 AM EST / Updated: Jun 8, 2020 / 11:18 AM EST

(CNN) — CrossFit CEO Greg Glassman has apologized for his controversial tweets, in which he criticized the Institute for Health Metrics and Evaluation’s statement that racism is a public health issue.

In a follow-up tweet, Glassman said the health research institute’s coronavirus model “failed,” and he criticized it for modeling a “solution to racism.”

“George Floyd’s brutal murder sparked riots nationally. Quarantine alone is ‘accompanied in every age and under all political regimes by an undercurrent of suspicion, distrust, and riots,'” he tweeted.

Glassman’s tweets sparked outrage online, and several partners, including Reebok, distanced themselves from CrossFit over the weekend.

“I, CrossFit HQ, and the CrossFit community will not stand for racism,” Glassman said. “I made a mistake by the words I chose yesterday. My heart is deeply saddened by the pain it has caused. It was a mistake, not racist but a mistake. Floyd is a hero in the black community and not just a victim. I should have been sensitive to that and wasn’t. I apologize for that.”

Reebok said it will end its partnership with CrossFit HQ at the end of the year, when the deal was up for renewal.

“We owe this to the CrossFit Games competitors, fans and the community,” a Reebok spokesperson said in a statement.