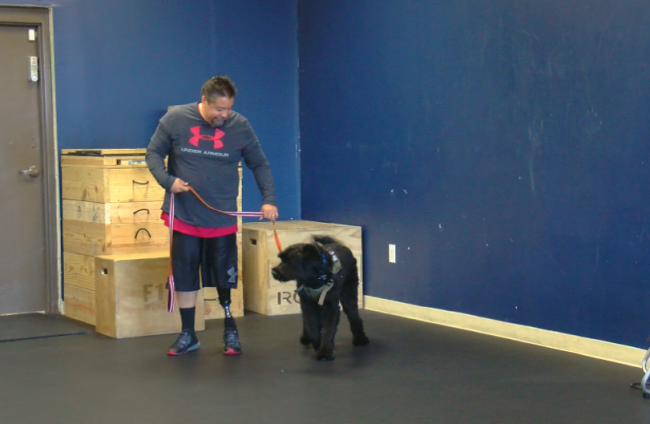 INDIANAPOLIS (WISH) – Members of a Fishers CrossFit gym are merging fitness and ministry as part of a volunteer effort to aid human trafficking survivors.

Revival Fitness, located on Fishers Landing Drive, is partnering with the Hope Center of Indianapolis to build a fully-equipped gym for women at the ministry’s 25-acre campus seeking refuge, rehabilitation and resources to succeed.

The $12,000 project – dubbed “Revive Hope” – aims to transform a room at the Hope Center’s facility into a venue where women recovering from trauma and battered self-esteem can begin “feeling good about themselves again,” explained Missy McDowell, who co-owns Revival Fitness with husband Bryan McDowell.

“[Exercise] is a good outlet for any kind of negative emotion or stress,” she told 24-Hour News 8. “This is about being strong physically and mentally.”

The idea to build a gym at the Hope Center – which currently houses educational, creative and outdoor programs but no comprehensive fitness center – was initially hatched by Revival member Rafael Pedro.

The CrossFit aficionado credited his own health turnaround to the incremental challenges in the workout program designed by the McDowells.

“I realized I had to take it day-by-day and set smaller fitness goals,” said Pedro. “[I] don’t worry about the end result. That’ll take care of itself.”

The same “one-step-at-a-time” approach can be used by sex trafficking victims to steadily rebuild their lives, he explained, with daily goals that spark a sense of accomplishment.

“If you take a look at a person who’s been totally broken down by the lifestyle that’s been forced upon them, you can just imagine how limited they feel in the things they think they can do,” said Pedro. “Reviving their hope is the first step.”

He began devoting his time to helping others after losing his leg in 2004 to a motorcycle accident. Pedro said he embraced the ordeal as a spiritual opportunity to reevaluate his purpose in life and refused to pity himself as a victim of tragic loss.

“Look at me,” he said, marveling at his own ability to excel as a CrossFitter. “I want to show people that no matter how limited you are, you can still do great things… You can still inspire other people.”

Volunteer opportunities at the Hope Center can be accessed here.

Donations can be made through the following page on their official website.