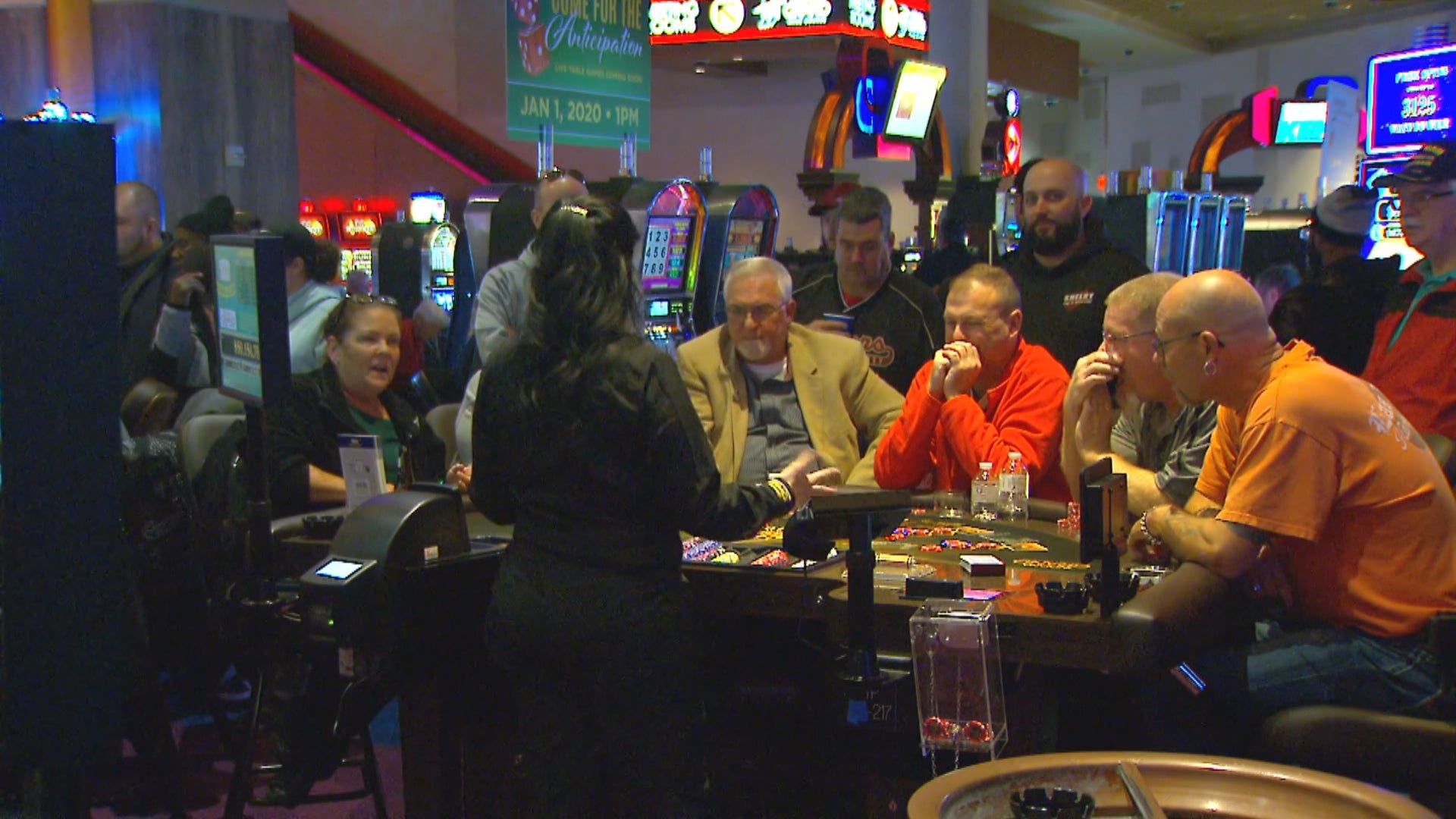 SHELBYVILLE (WISH) — Players came out as table games with live dealers and attendants premiered Wednesday in Indiana, thanks to a change in state law.

Drew Mathies, who turned 21 a couple weeks ago, said table games with live dealers were new to him. “There’s a bunch of people out here,” the Shelbyville man said. “Everybody looks excited to play. I think it’s great!.”

Drew went to a casino near Shelbyville with his brother, Mitchell Mathies of Shelbyville. Drew said, “I’m going to learn from him and hopefully not lose too much, but we’ll see!”

Mitchell said he looks forward to what the change will mean for Indiana. “I think a lot of money will stay in the state in my opinion. I think because you have this here, you have this luxury here, you don’t have to travel to go play live dealers.”

“Thank you for letting me be here and experience this, and be a part of something that improves the State of Indiana,” Oladipo said, according to a news release from Hoosier Park. “Because with improvement the sky is the limit for this state.”

Ty Hopkins of Indianapolis went to Indiana Grand. He said, “Yeah, it has that Vegas feel to it.”

Gurpreet Singh of Indianapolis and his friends won a couple hundred bucks on the new table games. “We played blackjack. One was you have the dice and you throw the dice.”

“I know that I’ve heard everything from 700 jobs between the two casinos,” Leising, a Republican from Oldenburg, said. “And those are going to be descent-paying jobs.”

Indiana Grand hired more than 300 people ahead of Wednesday’s launch.