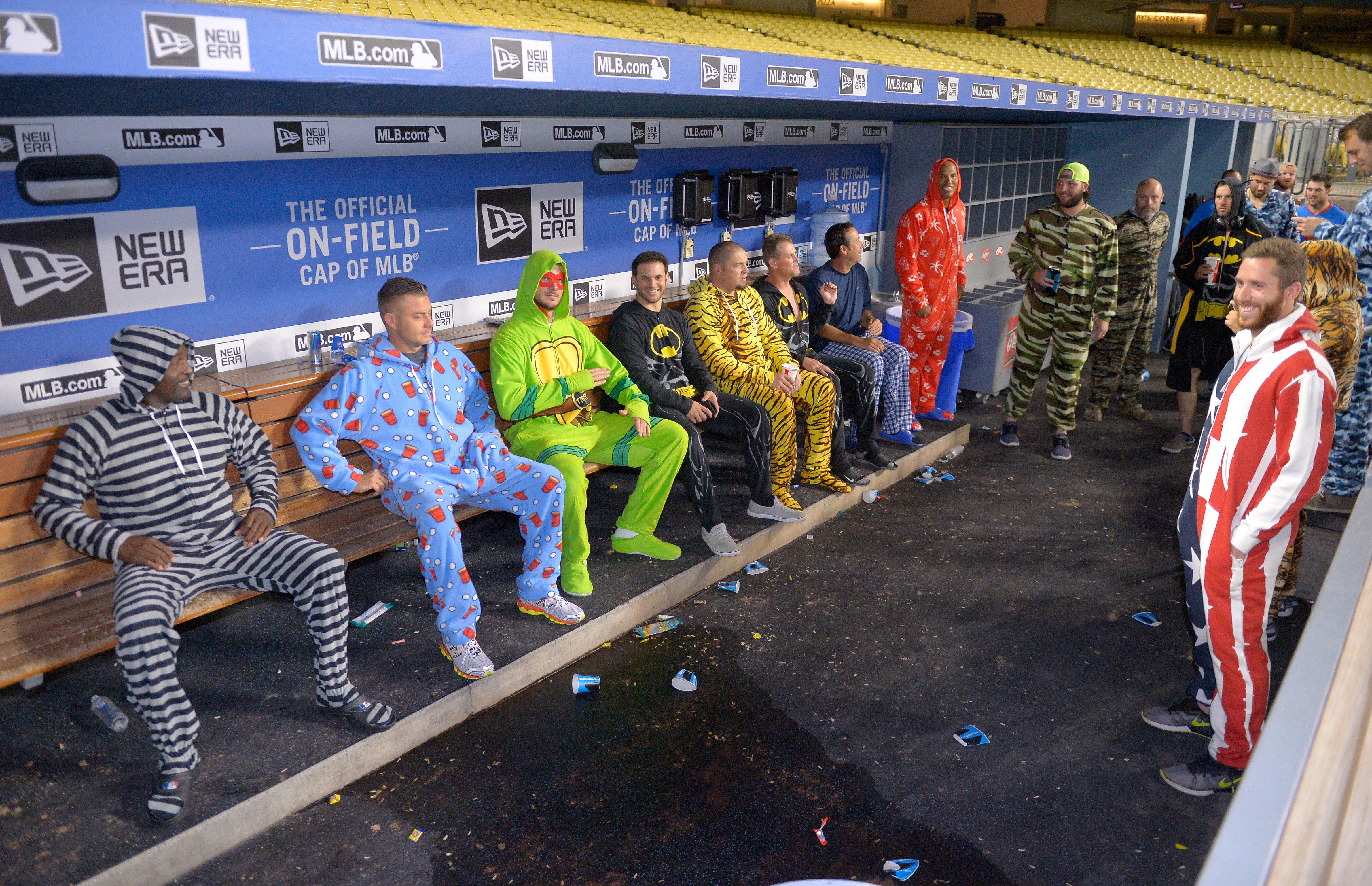 LOS ANGELES (AP) – With the Cubs wrapping up a six-game West Coast trip, it was time for manager Joe Maddon to break out the pajamas.

PJs for the Cubbies? Yep.

Known for coming up with inventive themed apparel for his team at the end of a trip, Maddon’s latest stab at sartorial splendor involved one-piece pajamas. Some have feet in them, just like the ones little kids wear.

Maddon said he and the coaching staff would wear them when the team boarded an overnight flight to Chicago after Sunday’s game against the Los Angeles Dodgers.

“Mine’s got a front trap and not a back trap door,” he said, declining to reveal any other details. “That’s the most necessary thing on the plane ride.”

Before the game, some of the players donned their get-ups in the clubhouse.

Maddon said the PJs were optional for the players, but he hoped everyone would dress accordingly as a way to have fun together during their bid for a wild card playoff spot.

With unseasonably hot temperatures in Los Angeles during their visit, Maddon said he was concerned about the bus to the airport and the plane being properly air-conditioned so the Cubs won’t overheat in their jammies.

“I really thought that by this time of the year here, it was going to be cooler at night and they would play perfectly,” he said. “Bad call.”

Earlier in the season, Maddon had his players dress in Blackhawks gear for the city’s hockey team, and sport coats with shorts or chinos another time.

In 2010, when he managed the Tampa Bay Rays, Maddon came up with what he called a “BRayser,” a combination of Rays and blazer. Mohawks and hair dye have figured into Maddon’s version of building team unity, too.