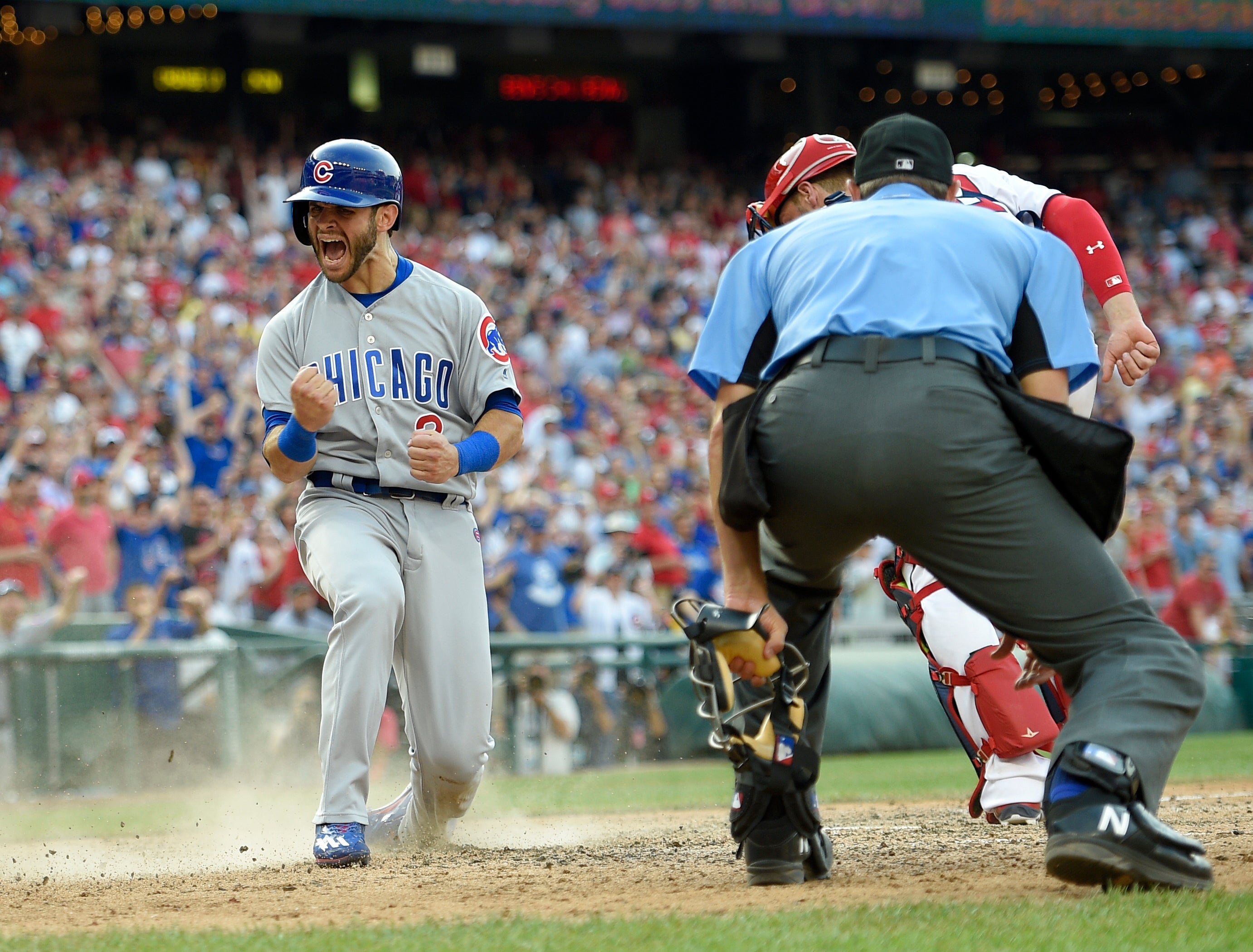 Washington got more bad news after the game: speedy shortstop Trea Turner has a broken his right wrist after being hit by a pitch. The team did not have a timetable for his return.

Tommy La Stella drove in a run with a two-out single against Treinen (0-2), and Jay followed with a hit to right-center that brought home Javier Baez and La Stella.

Wade Davis struck out two in a perfect ninth for his 16th save after Felix Pena (1-0) worked the eighth.

Rookie Jeimer Candelario, who started for the injured Kris Bryant at third base, broke a 1-1 tie in the seventh by launching his first career homer off starter Joe Ross.

Manager Dusty Baker was ejected for the first time in his two seasons with the Nationals after arguing a third-strike call in the sixth.

Turner was hit by Pedro Strop’s 2-1 fastball in the seventh inning. He stayed in the game until Stephen Drew entered as a defensive replacement in the ninth. Turner went for X-rays, which revealed the fracture.

Turner stole two bases, bumping up his total to seven in the series and 35 on the season. He entered the day tied for the NL lead with Cincinnati’s Billy Hamilton.

The Nationals blew their 13th save this season, tying the Mets and Phillies for most in the National League. Six pitchers have at least one save for Washington, and four of them also have at least two blown saves.

Candelario was hit by Treinen’s fastball in the left knee to start the ninth-inning rally. Candelario appeared to be in significant pain and was visited by a team trainer, but stayed in the game. He went for an X-ray after the win.

The win split the four-game series and kept the defending World Series champions from falling under .500.

Bryant, the 2016 NL MVP, is expected to miss at least a couple of games after spraining his right ankle in an 8-4 loss Wednesday.

Cubs catcher Willson Contreras threw out two attempted base stealers, including Turner at third base in the first.

Both teams scored a single run in the first inning before the starting pitchers dominated.

Ross allowed two runs and five hits with seven strikeouts over 6 2/3 innings. After allowing Contreras’s RBI single in the first, Ross didn’t allow a hit until the sixth or a run until Candelario’s shot.

Cubs starter Jon Lester gave up Ryan Zimmerman’s RBI single in the first, but then blanked Washington over the next five innings. He struck out seven and allowed three hits. Over his last four starts, Lester is 2-0 with 2.42 ERA. He entered with a 5.49 road ERA this season.

Nationals left fielder Ryan Raburn struck out swinging in the sixth, but replay showed he made contact with Lester’s pitch. Baker argued with first base umpire David Rackley before his ejection.

Cubs: Manager Joe Maddon said that with a day off Monday, he may let Bryant rest until Chicago hosts Tampa Bay Tuesday. … SS Addison Russell (shoulder) batted fifth and finished 0 for 3 with a walk after not starting the previous three games.