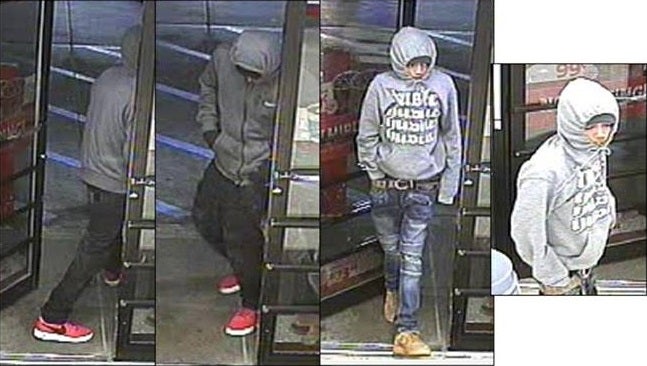 CUMBERLAND, Ind. (WISH) — Police say they are searching for two suspects caught on video during a robbery at a Speedway convenience store.

The incident occurred about 10:10 p.m Sunday at the Speedway at 965 N. German Church Road, at the corner with East 10th Street, Cumberland Metropolitan Police Department said.

According to a Facebook post, the two suspects were males believed to be in their teens or early 20s. The first suspect was wearing a gray Nike zip-up jacket, a black ski mask, black jeans, black gloves and red Nike shoes. The other suspect wore a gray sweatshirt with white lettering, whitewash jeans and beige shoes or boots.

No additional details were provided about the robbery.