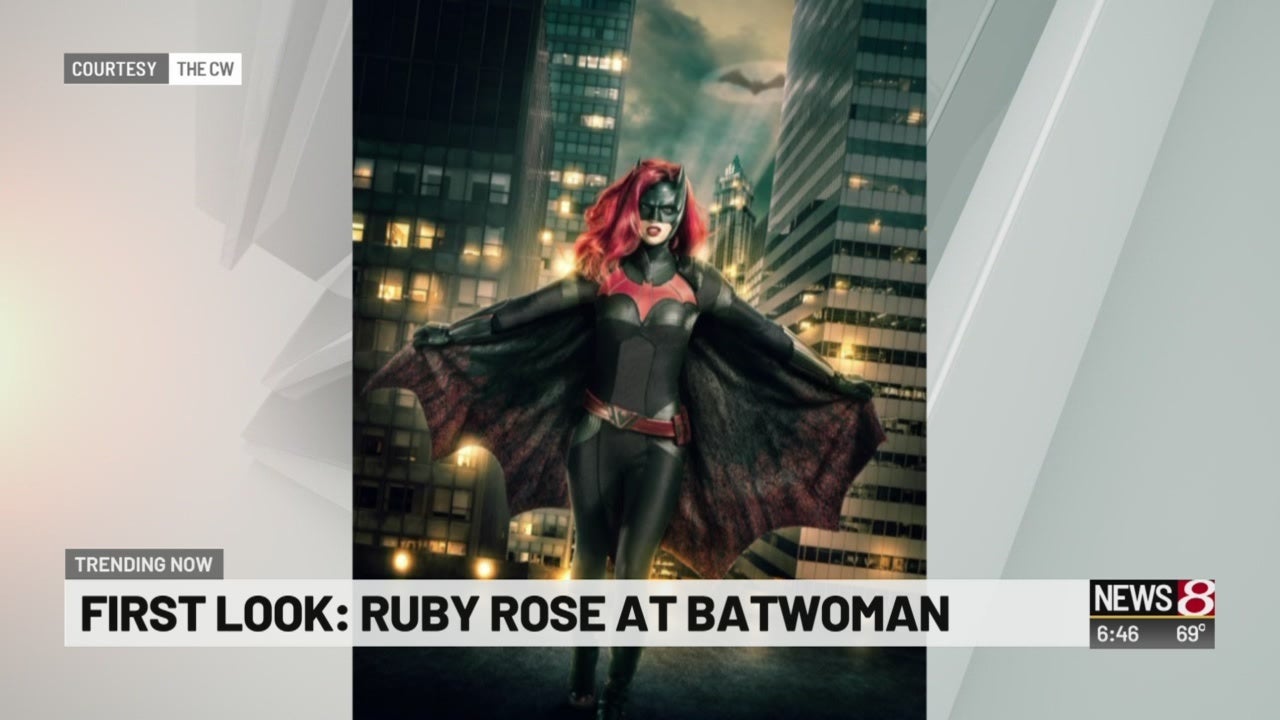 (WISH) — We’re getting a first look at the CW’s Batwoman.

The CW released this image of Ruby Rose as the superhero.

The character will be the first openly-gay superhero in any series.

Rose started filming her spot on the CW’s Arrow-verse crossover Tuesday in Vancouver. That’s set to air in December.,

The Batwoman series is scheduled to begin in 2019 on the CW.