Cyclists disturbed by tacks on bike lanes on east side roads 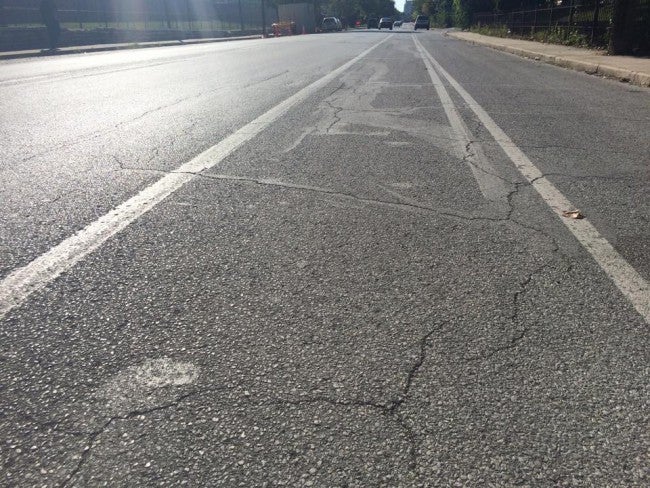 INDIANAPOLIS (WISH) — Dozens of cyclists have reported getting flat tires from tacks left in bike lanes near downtown Indianapolis.

The tacks have been found along Michigan Street near North Hamilton Avenue.

That’s on the city’s east side.

The owner of Indy Cycle Specialist said customers with flat tires started showing up at the shop Friday.

They’re not sure if the tacks were put there intentionally, but they’re hoping the city can help get rid of them.

“It’s a hassle,” he said. “It’s a beautiful day, you want to go out for two hours, you get a puncture, that’s going to set you back an hour and a half.”

The culprit have been small metal tacks.

“There’s no way you’ll be able to have a safe ride with tacks in the road,” Grey said.

Luckily he wasn’t riding to work, but many others have been when they’ve run over the tacks.

“A lot of people had the same issue in the same spot,” Indy Cycle Specialist owner Scott Irons said.

Irons said nearly a dozen people have come into his repair shop since last Friday for tube replacements.

The repair price is $15, but it actually costs more than that for the riders.

“For commuters, you’re going to be late for work, late to where you’re going, so it makes your ride a little more of a hassle,” he said.

Neither man is sure how so many tacks ended up in that same spot.

But Irons said there are a couple lessons those like Grey can take from this.

“Make sure you’ve got plenty of time to fix a flat when it happens and you’re prepared as far as having an extra tube and air to fix the flat and continue on,” Irons said.

He also says to share with local bike shops and the Mayor’s Action Center when you find a problem like this one.

“More people can be aware, so they know that has happened so we can check into it and see what can be done about it,” he said.

The Department of Public Works confirmed they got his report.

The department is sending out a special street cleaning crew to that area.

They recommend that people report incidents like this because that’s the only way they know when a certain area needs to be taken care of.

They are also going to watch the reports, and if they see a trend with the tacks in the bike lanes, they’ll get the Indianapolis Metropolitan Police Department involved.