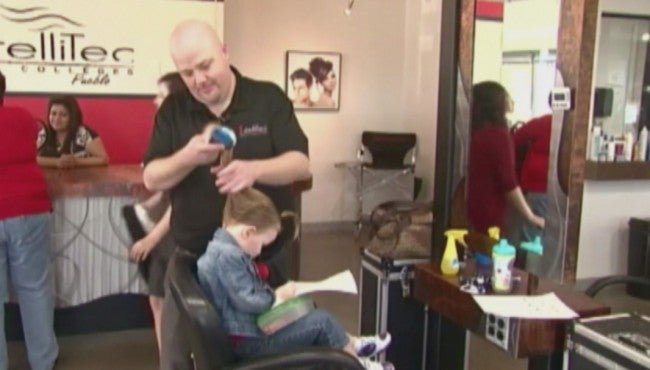 COLORADO (CNN) – A single dad in Colorado had trouble styling his 2-year-old daughter’s hair, so he did something about it.

He went to beauty school.

Greg Wickherst, a Navy veteran and college admissions rep, says he tried looking on the Internet for styles, but couldn’t get the hang of them.

Now, he’s a full-fledged stylist. He’s proud of his work and posts pictures of his daughter’s hairdos on his Facebook page.

Wickherst says he will keep his day job. He also says his daughter’s friends want him to do their hair, but he won’t. He says, his styles are just for his daughter.