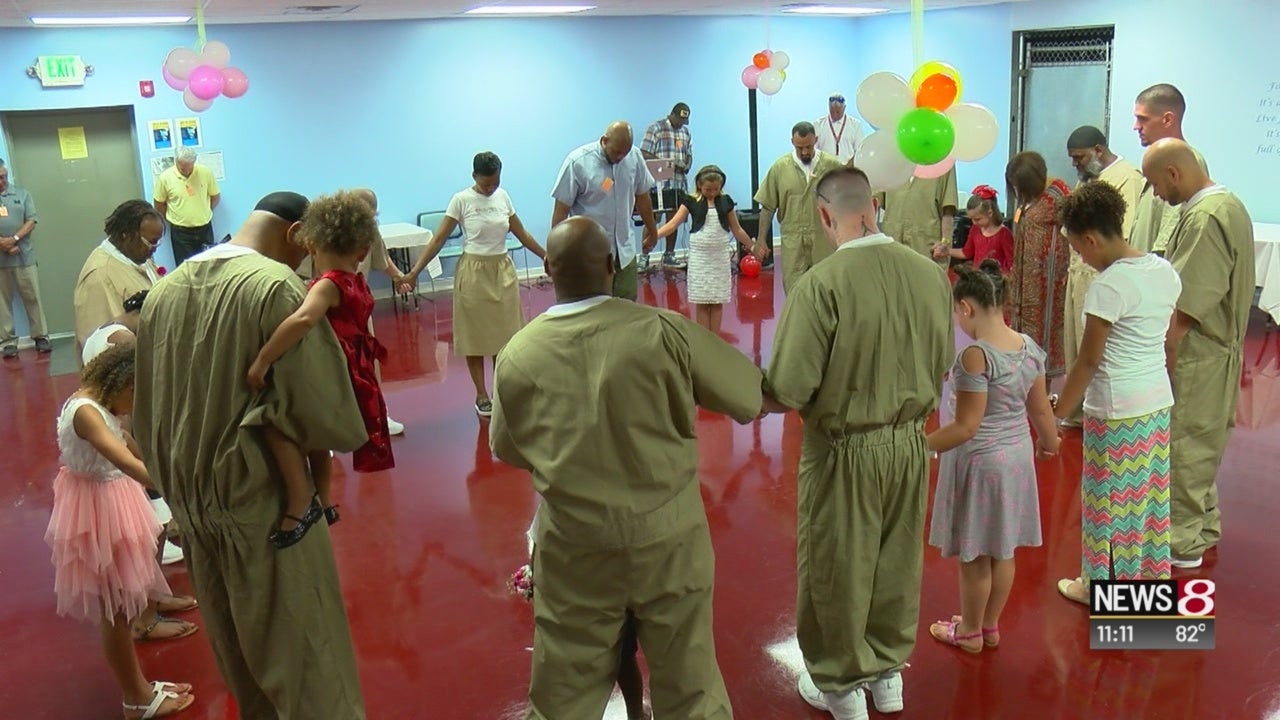 PUTNAMVILLE, Ind. (WISH) — They waited with anticipation in their eyes, wearing beige jumpsuits inside the Putnamville Correctional Facility.

The men were inmates, and on Saturday afternoon they had a date with their daughters. Since January, the group of men attended a workshop inside prison in preparation for this day.

The You Yes You Project organized the daddy-daughter dance. The men had to follow strict guidelines, attend required workshops and stay out of trouble.

The group started with 20 men, but the list dropped to 11 men who fulfilled their requirements.

Once the daughters made it inside the prison, they were escorted to a room that had been decorated by their fathers.

The girls were given flowers and a catered meal, while a DJ played some of the latest tunes so the dads and daughters could dance. Fathers stopped to talk and joke with their daughters as they connected during the event.

Ericka Sanders, founder of You Yes You, said the Department of Correction was critical in allowing the dance to take place. Sanders also added the men are connected to outside resources once they complete their prison sentences, and the daughters are mentored by Sanders while their fathers are incarcerated.

If you would like to learn more about You Yes You, you can visit the You Yes You Project on Facebook.