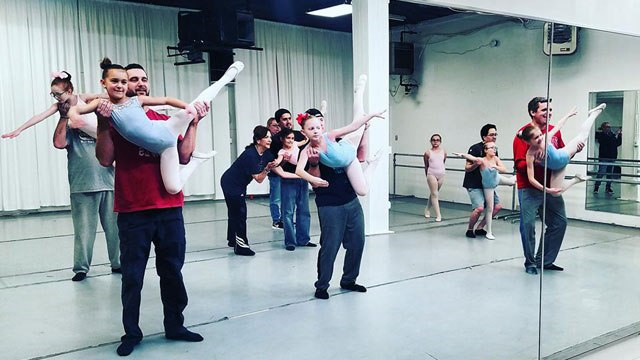 PHILADELPHIA (NEXSTAR MEDIA) – Videos posted on Facebook of fathers taking part in their child’s ballet class on Valentine’s Day are melting hearts around the world.

The Philadelphia Dance Center posted three videos on Facebook Tuesday night that have since gone viral with more than 22 million combined views and 300,000 shares. Thousands have commented with praise for the dads.

The videos show them following their child’s lead as they sauté arabesque and pique turn across the floor. Some of the dads are even wearing tutus!

Studio owner Thom McIntyre wrote the idea started with wanting to bring dads to ballet class on Valentine’s Day to give his students memories to cherish forever.

He and other staff members were clearly overwhelmed with the reaction from around the globe.

“Saying thank you doesn’t seem to cover how we feel,” they wrote on Facebook. “We are so overwhelmed by the outpouring of love and support from around the world.”

They went on to thank the world for “recognizing the beauty, love, and joy that dance can bring into the world” adding, “It just proves that art, love and family are the international language.”