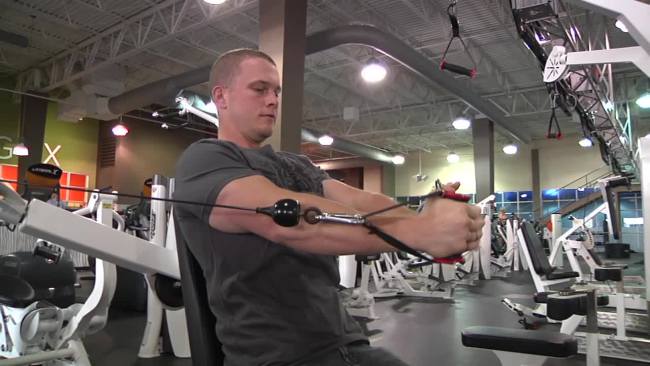 KNOXVILLE (WATE) – A dad’s journey to lose weight is now inspiring people around the country.

Adam Lucas, 28, won the Gold’s Gym 12 week Challenge and was surprised with a check for $6,500 on Thursday. It’s a nationwide contest that started in January. Since then, Lucas has lost 77 pounds. He said he wakes up at 4 a.m. and works out for three hours a day.

“I feel overjoyed I can’t believe I won and hard work paid off in this case,” Lucas said.

“There were over 20,000 applicants in his age group. That just speaks volumes for what he was able to do here,” said Jay McLucas, Gold’s Gym manager.

Lucas says his family inspired him to change his life. His twin boys have severe autism and can’t talk. His wife is due with another set of twins in October.

“I had no energy before and I was kind of lazy and let my kids play with tablets instead of bringing them outside and doing stuff with them, and now we go outside every day. They sleep better at night, and I sleep better at night now. It changed my entire life,” Lucas said.

“Adam is just a great person to have in our club. I think he’s an inspiration to not just the members, but also the staff and the community out there that sees this. Anything is possible if you are willing to work hard and do the little things stuff like this can happen for you,” McLucas said.

“Sometimes we think the obstacles that are holding us back are the ones that we need to propel us forward is the thing I learned from this. I thought I didn’t have time because of my kids or I didn’t have one because of college but I found hours in the day,” Lucas said.

He plans to use the money to get the nursery ready for his new twins. He also wants to congratulate everyone who participated in the challenge.