Dead owner of healthy dog directs it to be euthanized, buried with her 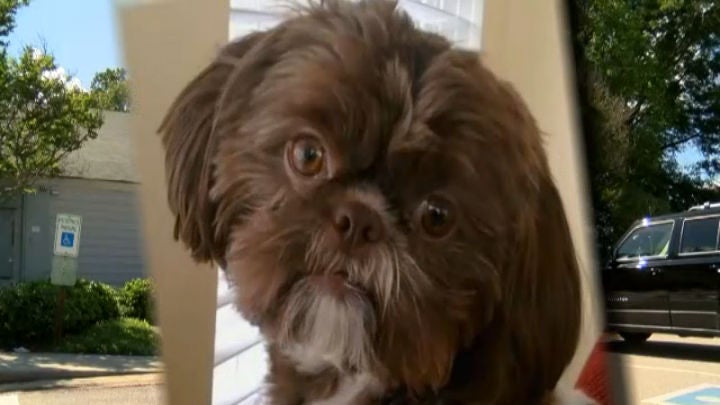 CHESTERFIELD, Va. (CNN) — A Virginia dog owner’s last request for her pet is causing some debate.

The owner– who died — apparently directed her family to have the dog euthanized so they could be laid to rest together.

Some say the act was not only cruel, but also illegal.

In the always-crowded Chesterfield Animal Shelter, surrounded by strays and cast-offs, sat a very special dog. Not your typical pound puppy or mongrel, but a well-bred animal. She was a pampered and much-loved dog.

In fact, you might say she was loved to death.

Emma arrived at the shelter March 8. During Emma’s two-week stay, shelter personnel had several discussions with representatives of the dead woman’s estate, trying to talk them out of euthanizing the dog so it could be laid to rest with its master, but to no avail.

The minute Emma left the shelter, she was taken to a local veterinarian and put down, leaving shelter workers heartbroken.

Carrie Jones, the Chesterfield Animal Shelter manager, said, “We did suggest they could sign the dog over on numerous occasions, because it’s a dog we could easily find a home for and re-home it. But ultimately, they came back in on March 22 and redeemed the dog back.”

After Emma was euthanized, her remains were taken to a local pet cremation center. Her ashes were then placed in an urn and returned to the authorized representative of the estate, in accordance with the dead woman’s will.

Larry Spiaggi, president of the Virginia funeral director’s association, said, “It’s not legal to put a dog’s cremated remains or any animal in a casket and bury them.”

Spiaggi owns Morrissett Funeral and Cremation Services. When you walk into his funeral home, you’ll probably be greeted by one of Larry’s chocolate Labs. One, named Peace, is a highly trained and certified therapy dog. He’s there to help clients through their grief.

Spiaggi said he would not put the remains of a pet with its late owner. “I am licensed by the state of Virginia, so i have a license on the line with the health professionals’ board, so I cannot do it.”

But many years ago before the law changed, Spiaggi said he helped make arrangements for a client who wanted her elderly dog euthanized and buried with her in the casket.

It’s something that still haunts Spiaggi. “And knowing that all the while we were taking care of her, that poor dog was being euthanized. Even after I saw its temperament and everything, I still ached over it, you know?”

On another front, many veterinarians have ethical issues with putting down a healthy dog or cat, although it’s not illegal.

Dr. Kenny Lucas of Shady Grove Animal Clinic, said, “Whenever we’re faced with a euthanasia situation, it’s a very emotional situation. And beyond everything we talk about, that we need to do ethically and we’ve taken an oath to do, it’s something we take home, too. it weighs on us as professionals.”