Deadline for Pence to withdraw from governor’s race is Friday 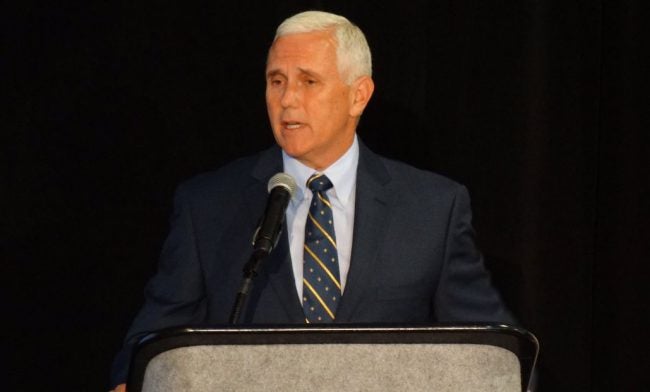 INDIANAPOLIS (WISH) – The deadline for Gov. Mike Pence to withdraw from the governor’s race is fast approaching.

Although Donald Trump has postponed his VP announcement because of the terror attack in Nice, France, the governor has until noon Friday to withdraw.

The noon deadline also applies to candidates running for Congress, according to the Secretary of State.

At least two members of Indiana’s congressional delegation have been mentioned as possible Pence replacements, including Congresswoman Susan Brooks and Congressman Todd Rokita.