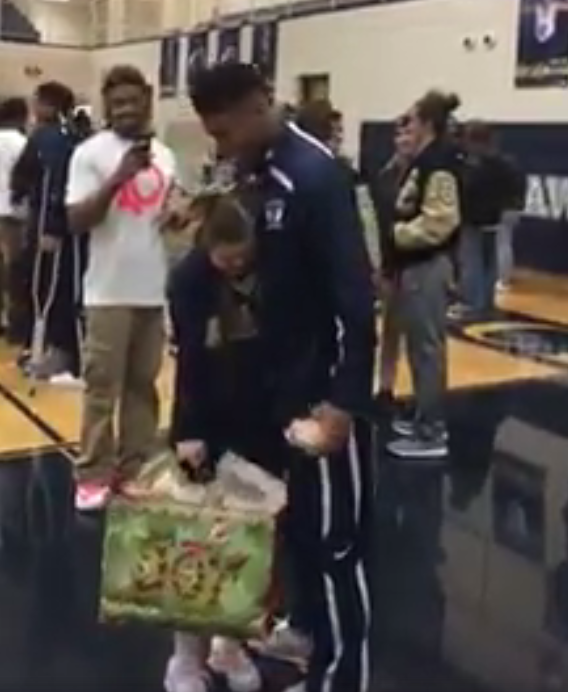 INDIANAPOLIS (WISH) – A basketball player from Decatur Central High School is being recognized on social media for his kind gesture to a fellow athlete and classmate. The post is touching the hearts of Hoosiers on Facebook.

Meares, who has Down syndrome, has been cheering for DCHS for the past two years for football and basketball. She became a fan of his earlier this year.

According to Meares’ mother, Cheri Meares, the friendship started after the two took a photo together.

“She started being his number one fan during football season this year when he was kind enough to let me take a picture of the two of them after a football game. That started it all. So he has only known her for a few months and has been this good to her from the beginning,” Meares said.

Since the friendship began, Meares has been a loyal fan and has even brought him candy and homemade cookies on numerous occasions.

Tracy Jr. told his mother he was touched by Meares’ generosity and kindness, which is why he wanted to do something special in return.

The video shows Tracy Jr. walking to Meares, tapping her on the shoulder, handing her the present and then hugging her. Meares’ reaction is priceless.