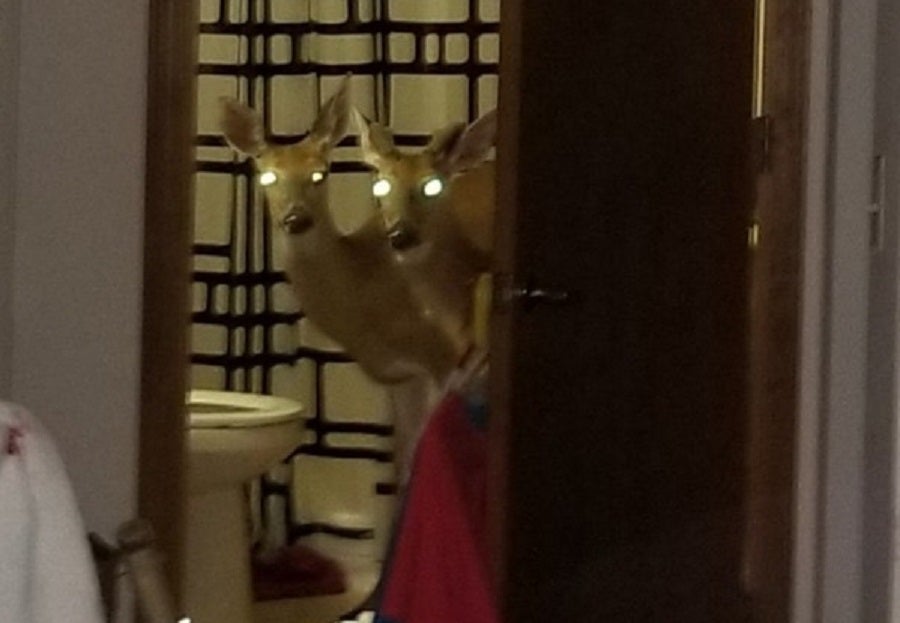 DECATUR, Ind. (WANE) — Police in Decatur had to tranquilize two of three deer that crashed through the window of an apartment at a retirement community while a woman was inside.

Two of the deer had to be tranquilized and removed from the apartment, said Chief Corral.  They were taken outside where they recovered and ran away.  The third deer jumped back through the window and ran away.

The inside of the apartment was damage by the deer. Nobody was injured.