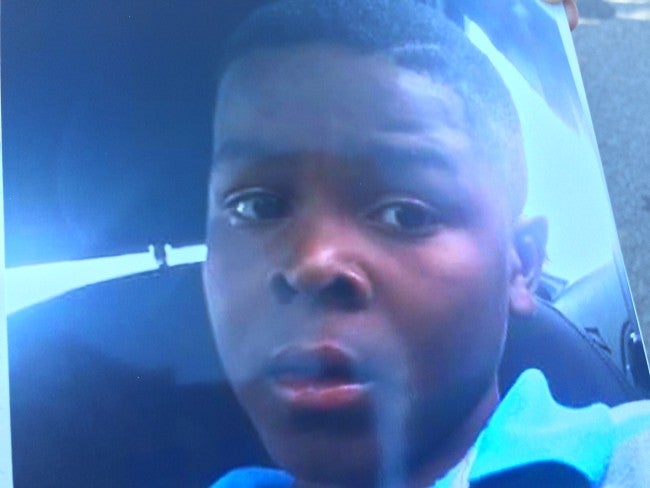 INDIANAPOLIS (WISH) — Police are still looking for answers in the murder of DeShawn Swanson. He was just 10 years old. Those who knew DeShawn called him an ambitious student with a creative mind and a great wit to match.

Investigators are trying to determine who fired the fatal shots that struck the student on Saturday night at 39th Street and Graceland Avenue. That’s just north of Crown Hill Cemetery. The shooter pumped bullets into a crowd of innocent women and children.

According to family members, DeShawn was just standing by his mother when he suffered the fatal shot. DeShawn’s mother gave the boy CPR until medics arrived.

The entire Warren Township school district family mourns with the family of young DeShaun Swanson, a fifth grader a Stonybrook Intermediate Academy. It is in times like these that we pause, reflect, and recommit ourselves to the safety and security of the most vulnerable among us, our young people. We extend our heartfelt prayers of comfort and consolation to this family during this challenging time.

“It’s unthinkable that a 10-year-old would be the victim of a homicide in the community,” said Sgt. Kendale Adams.

After each homicide in the city IMPD holds a community empowerment meeting, during which officers and city leaders return to a place near the scene of the murder. Usually a church or a community center is used for the meeting.

Investigators give those in attendance an update on the investigation. It’s also used as an opportunity to connect those in the community with needed resources.

Reverend Charles Harrison was on the scene shortly after the deadly shooting. He returned on Sunday for a prayer vigil, and then on Monday he posted a picture of his only son on Twitter. In the post, Harrison called on the public to protect our children.

This my 10 y. o. son. I am going 2 do everything within my power 2 protect him & other from this senseless violence pic.twitter.com/XTbUg81wBK– RevCharles Harrison (@charlesharriso5) September 20, 2015

He adds that part of that protection includes turning in the suspects, or those that may have aided in the investigation.

“I will give my life for my son and do enough to protect him,” said Harrison.

Currently, the Swanson family is asking for help in burying DeShawn. You can help by calling JP Morgan Banks and asking for the DeShaun Lee Swanson fund.

If you have any information in the investigation, you can call Crime Stoppers of Indiana at 317-262-TIPS (8477). Callers may also text “INDYCS” plus tip information to 274637 (CRIMES).