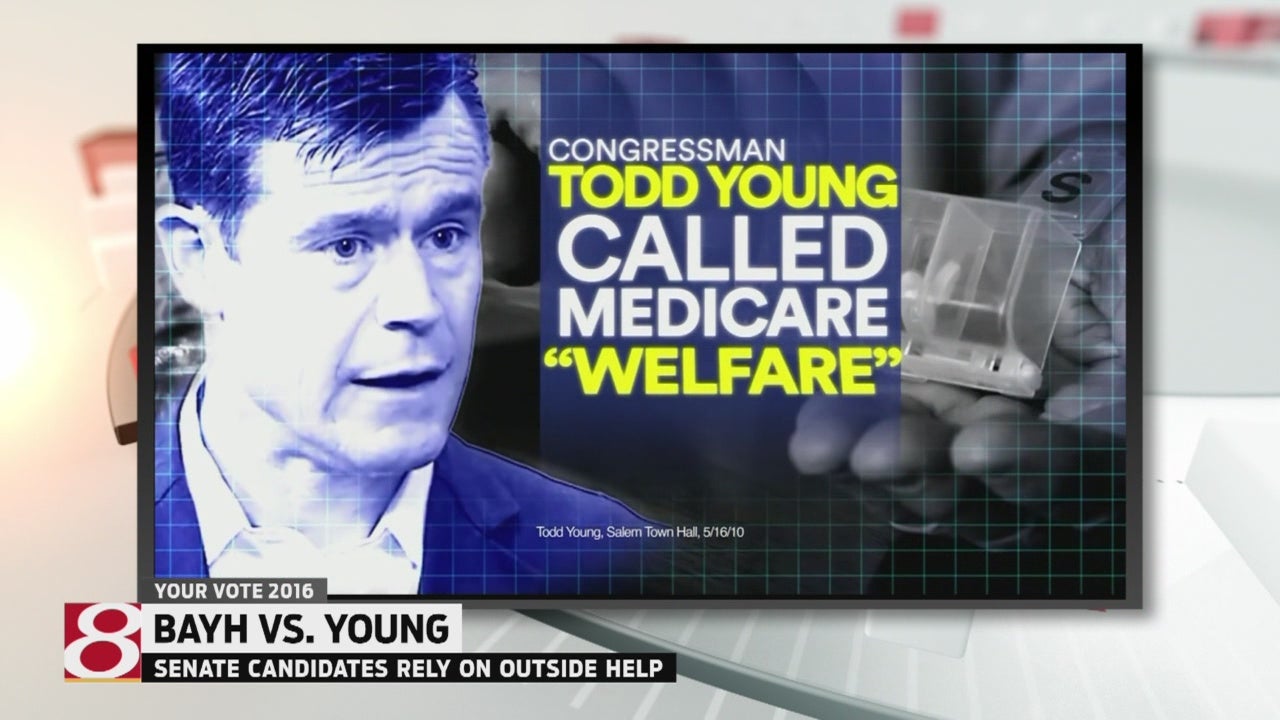 It’s a sign the Senate race is getting closer and that’s why both candidates are getting outside help.

In fact, according to numbers compiled by the Democrats, close to $21 million has already been spent on TV ads in the Senate race, most of it by outside groups.

A majority of those outside groups are supporting Republican Todd Young.

And so Evan Bayh got some help from the Democratic State Chairman Wednesday. John Zody called reporters to his office to echo the message in a recent Evan Bayh campaign commercial.

The theme is that Todd Young would harm Hoosier seniors by, among other things, seeking to eliminate Medicare.

“We’ve paid in for it and we were promised that it would be there for us when we retire,” said Cheryl Lautz, standing next to Zody.

“This is the same man who voted in favor of privatizing social security, risking Hoosiers retirement savings on Wall Street, and saying he is philosophically opposed to programs that help displaced workers after jobs are shipped overseas,” said Zody in reference to Young. “We’re here today telling him that hurting seniors is not an option.”

“Well, this is what Democrats do whenever they’re in a close race, they try to scare seniors,” said Jay Kenworthy. “The fact is Todd Young got an award just last month from AARP for being a champion of those 50 and up in Indiana.”

Bear in mind that seniors vote in bigger numbers than do people in other age groups. They could be a key to the outcome in this race.