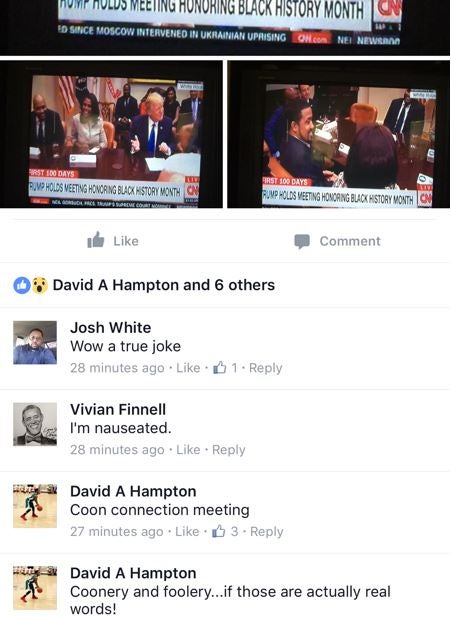 INDIANAPOLIS (WISH) — The Indianapolis deputy mayor of neighborhood engagement accused of writing a racially offensive slur over Facebook has apologized.

Deputy Mayor David Hampton, who also serves as the senior pastor of Light the World Christian Church, took to Twitter and Facebook Thursday morning to publicly apologize for comments he left Wednesday on a Facebook post in reply to what appeared to be a photo of President Trump holding a meeting to honor Black History Month.

In a public Facebook post, Hampton expressed his apologies for his choice of words and attempted to provide a context for his comment, while advising that the comment does not reflect the views of the Hogsett administration:

I condemn these comments in the strongest possible terms. Dr. David Hampton’s comments are unacceptable, especially from an elected official. Our city’s leaders and institutions should stand together in condemnation. Mayor Hogsett, you need to act.”

Mayor Hogsett has yet to reply to our request for comment.