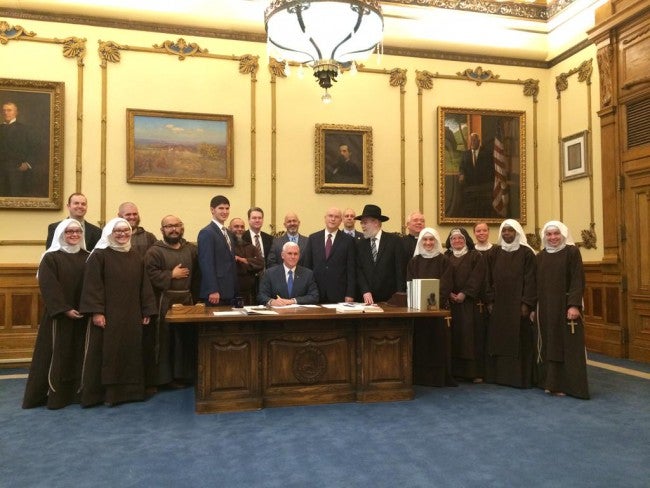 GREENFIELD, Ind. (WISH)- Governor Mike Pence’s office is not releasing the names of those who witnessed him signing Indiana’s Religious Freedom bill.

But some are identifying themselves.

Opponents say the law could lead to discrimination. It allows business owners to deny service to people, based on the owner’s religious beliefs. They say those who would be mostly affected are those in the LGBT community.

Rev. Gember, who also says he was a gay rights advocate, denies it. He says what it would do is protect business owners from going against their religious teachings.

“There’s seems to be an implication that people are going to take advantage of this law and use it to discriminate, and I’m just not seeing that,” said Rev. Gember. “None of the Christians I know want to do that, they just don’t want to be forced to violate their own conscience.”