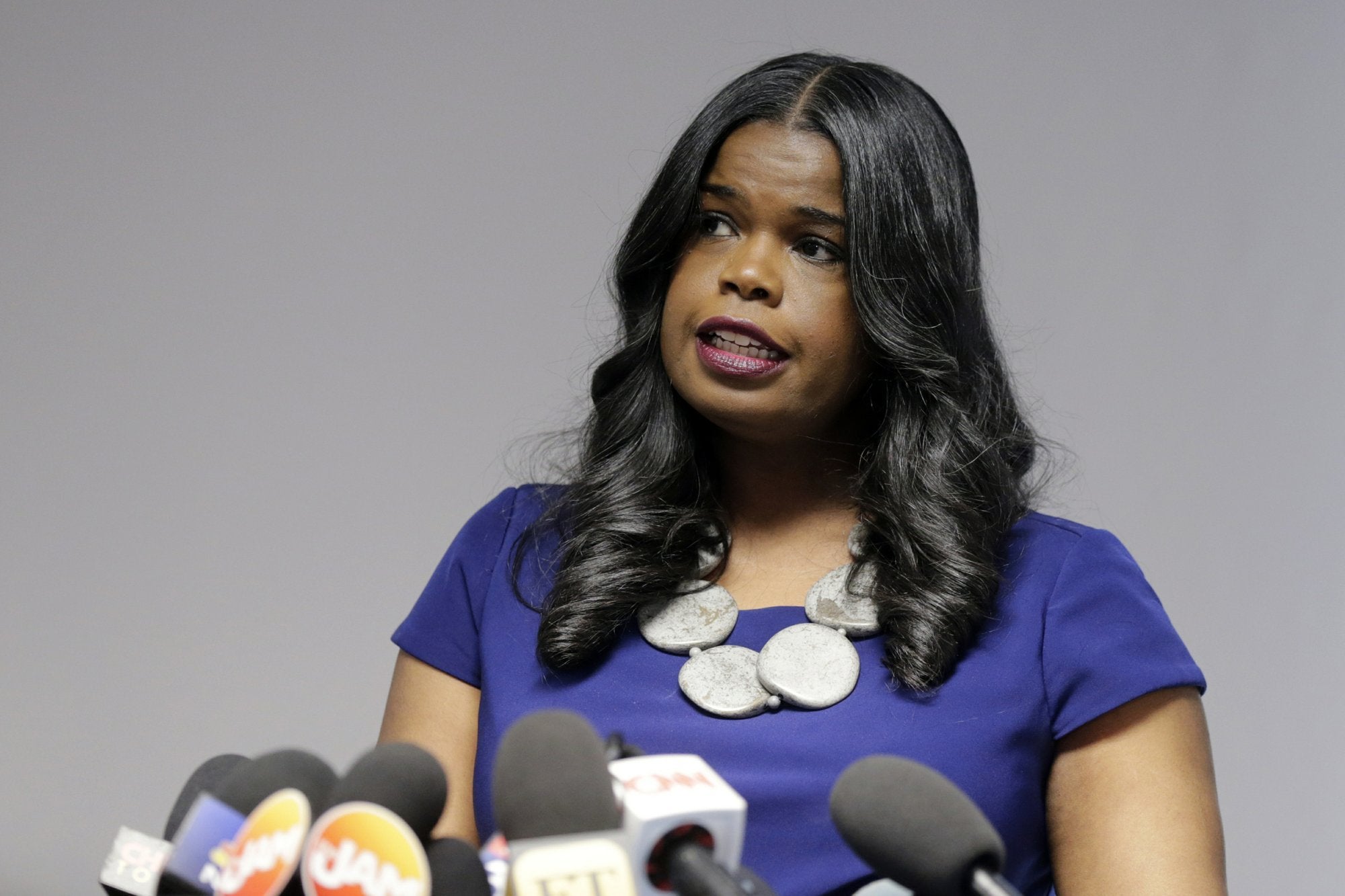 CHICAGO (AP) — Despite recusing herself from the case, Chicago’s top prosecutor weighed in on the allegations against Jussie Smollett last month, telling a deputy that she believed her office had overcharged the “Empire” actor, according to newly released texts and emails.

The text message exchange unfolded more than two weeks before prosecutors dropped all criminal charges , the documents indicate. Cook County State’s Attorney Kim Foxx and her staff also scrambled later to explain the controversial March 26 decision to abandon the case against Smollett, who was accused of staging a racist, anti-gay attack on himself in January in downtown Chicago.

Foxx communicated in early February with former first lady Michelle Obama’s former chief of staff Tina Tchen and with a member of Smollett’s family about the Smollett investigation. She recused herself on Feb. 13, and her office cited the communications with the Smollett relative, whom Tchen had encouraged Foxx to call.

In late March — after questions were raised about the dropping of charges — Foxx and her aides sought to recast her role, with one statement saying Foxx “used the term ‘recuse’” in the “colloquial use of the term.” They said the correct description was that she had “informally separated herself from the decision-making” in the case.

Foxx nevertheless weighed in at critical points as her staff decided whether to proceed with the prosecution, which began when Smollett was charged on Feb. 20. Her input included a March 8 text to First Assistant State’s Attorney Joseph Magats, who became the final decision-maker in the Smollett case after Foxx purportedly stepped away.

Foxx texted: “Sooo …… I’m recused, but when people accuse us of overcharging cases … 16 counts on a class 4 becomes exhibit A.”

Magats responded to his boss, saying: “Yes. I can see where that can be seen as excessive.”

Smollett had faced 16 felony counts related to making a false report that he was assaulted by two men early on Jan. 29. Investigators said he made the false report because he was unhappy with his pay on “Empire” and believed such an incident would give his career a boost.

The documents included thousands of pages provided to The Associated Press and other media through open-records requests. They did not include key communications among prosecutors or with Smollett’s legal team. Questions remain unanswered about the extent of Foxx’s involvement and the logic behind tossing the case without requiring Smollett to accept responsibility for lying.

Smollett, 36, maintains that he has told the truth all along.

In the same March 8 exchange with Magats, Foxx appears to compare the charges against Smollett to those filed against R&B singer R. Kelly in another high-profile case being handled by her office, though she does not reference Kelly by name.

“Pedophile with 4 victims 10 counts. Washed up celeb who lied to cops, 16,” Foxx texted.

Kelly was indicted in February on 10 counts of aggravated sexual abuse involving three girls and one woman. Kelly denies the allegations.

Foxx has long advocated alternatives to prosecution of nonviolent crimes. In her March 8 exchange with Magats, she signaled that such an approach may be appropriate in Smollett’s case.

“Just because we can charge something doesn’t mean we should. … It’s not who we want to be,” she texted.

“For sure,” Magats responded.

Texts also show that prosecutors seemed to hope news would not spread widely about the March 26 hearing at which the charges against Smollett were dropped. The office made no advance announcement of the hearing and seemed unhappy that Smollett’s attorney’s leaked word of it.

“It appears as if Jussie’s press person may have notified the press,” Risa Lanier, the lead trial prosecutor in the Smollett case, said in a text to office spokespeople.

Foxx also discussed what to tell police Superintendent Eddie Johnson, who said he was blindsided by the dropping of charges.

Lanier also texted Magats as news broke about the dismissal of charges. Reporters began streaming to the courthouse and calling and emailing the state’s attorney’s office for comment.

“Just wish I could have anticipated the magnitude of this response and planned a bit better!” Lanier wrote.

The newly released emails indicate chaos within the state’s attorney’s office in the hours and days after charges were dropped. Office representatives provided often-muddled or contradictory answers to the same questions from journalists, including on the shifting explanations about Foxx’s recusal.

Magats tried to reassure Lanier, saying the response was not something they could plan for and adding that it was “the right decision.” Lanier answered, “I agree and absolutely stand by the decision made.”