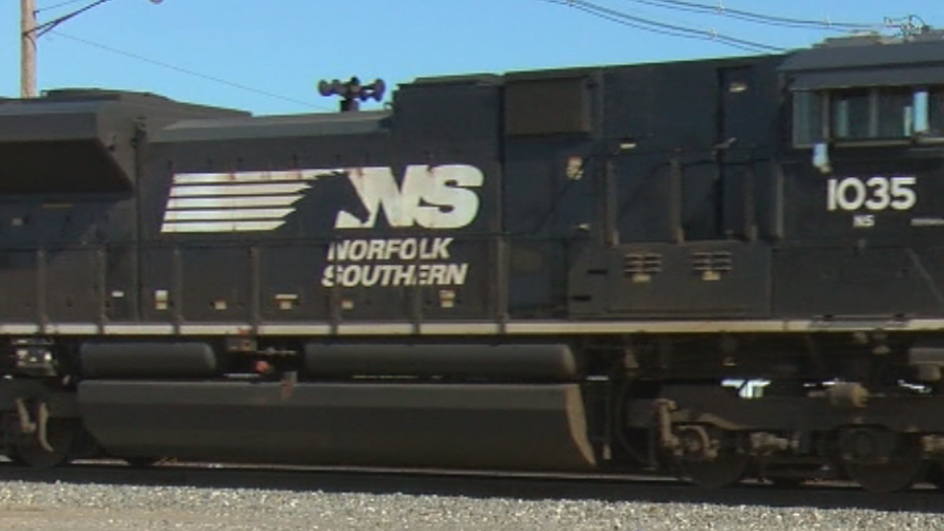 INDIANAPOLIS (WISH) — A dispute over who can regulate the duration of train stops at railroad crossings has reached the highest court in the state of Indiana.

Indiana Supreme Court justices are scheduled to hear arguments Thursday morning in a case some lawmakers described as a “microcosm” of railroad-community tensions across the state.

The case, State of Indiana v. Norfolk Southern Railway Co., centers around the validity of a state law that allows local authorities to issue citations to railroad companies when trains block crossings for more than 10 minutes.

The law allows for fines of up to $500 when extended stops are due to reasons other than mechanical failure or issues deemed to be out of the railroad’s control.

There is no federal equivalent of Indiana’s “blocked crossing statute.”

Norfolk Southern is seeking to dismiss 23 stopped train citations issued in Allen County, according to the petition, while the state accuses the railroad of “repeatedly violating” the statute in question.

Attorneys for the Virginia-based rail corporation argue Indiana’s state law is preempted by two federal laws that prohibit states from imposing their own regulations or restrictions that could interfere with train safety.

The case originated in Allen County, where the Allen Superior Court ruled in favor of the railroad, granting Norfolk Southern summary judgment and concluding the Indiana statute is preempted by the Interstate Commerce Commission Termination Act and the Federal Railroad Safety Act.

The Indiana Court of Appeals unanimously reversed the district court’s decision in October, noting other states have been granted the authority to regulate railroad crossings by federal courts.

“Without state action, railroads would be allowed to block major thoroughfares for an infinite amount of time because the federal regulation is silent,” wrote Judge Melissa May.

“If [railroads] are, in fact, allowed to block [crossings] for as long as they feel like they want to, they can literally park broken down trains on major arteries in cities across America,” he said. “That can’t possibly have been the intent of Congress.”

Major roads throughout his district – including Michigan Street on the near eastside of Indianapolis – are frequently blocked by stopped trains for unpredictable lengths of time ranging from several minutes to six hours, Adamson told 24-Hour News 8.

“We all understand the realities of living next to a railroad,” he said, explaining the frustrations of his constituents in the Cottage Home and Holy Cross neighborhoods. “We’ve come to terms with those issues. But what we’re dealing with now is beyond what is reasonable to expect us to have to tolerate.”

However, Adamson noted improvement in the frequency of blocked crossings since his last interview with 24-Hour News 8, nearly a month ago, and said he believed the city’s decision to issue citations to railroads may have played a role in the recent decrease of train delays.

Holding “mega-giant corporations” accountable for locally issued fines or complaints can be challenging – if not downright impossible – for rural communities with limited resources, even with the backing of the statute, said Frankfort Mayor Chris McBarnes.

“As the law is written right now, we feel helpless,” he told 24-Hour News 8. “The Indiana statute should be called ‘loose,’ at best. It has no teeth. What they’ve given us is a piece of string to hit a giant with, when we need a club.”

Stu Weliever, a Crawfordsville-based attorney and railroad law expert not involved in the Norfolk Southern case, described the statute as “something below a slap on the wrist.”

“$200 to a railroad corporation? Pardon my French, but this is kind of a fly around an elephant’s butt,” he said, adding the current system of citations had “limited effectiveness” in preventing trains from blocking public streets.

McBarnes urged state legislators to consider more aggressive alternatives – regardless of how the court rules – and called on railroads to consider the plight of “forgotten” rural residents when making operational decisions to increase their own profitability.

“No matter which direction the Indiana Supreme Court goes [in their State of Indiana v. Norfolk Southern ruling], it is time that the major railroads that have deep, deep pockets, step up [and] address this issue,” he said.  “Understand it is a problem in local communities and please work with local officials, along with state officials, to solve the problem.”

The office of Indianapolis Mayor Joe Hogsett encouraged residents to continue reporting stopped trains to the Mayor’s Action Center and said in a statement local officials are “closely following” the Norfolk Southern case.

A spokesperson for Norfolk Southern said the company declined to comment on pending litigation.