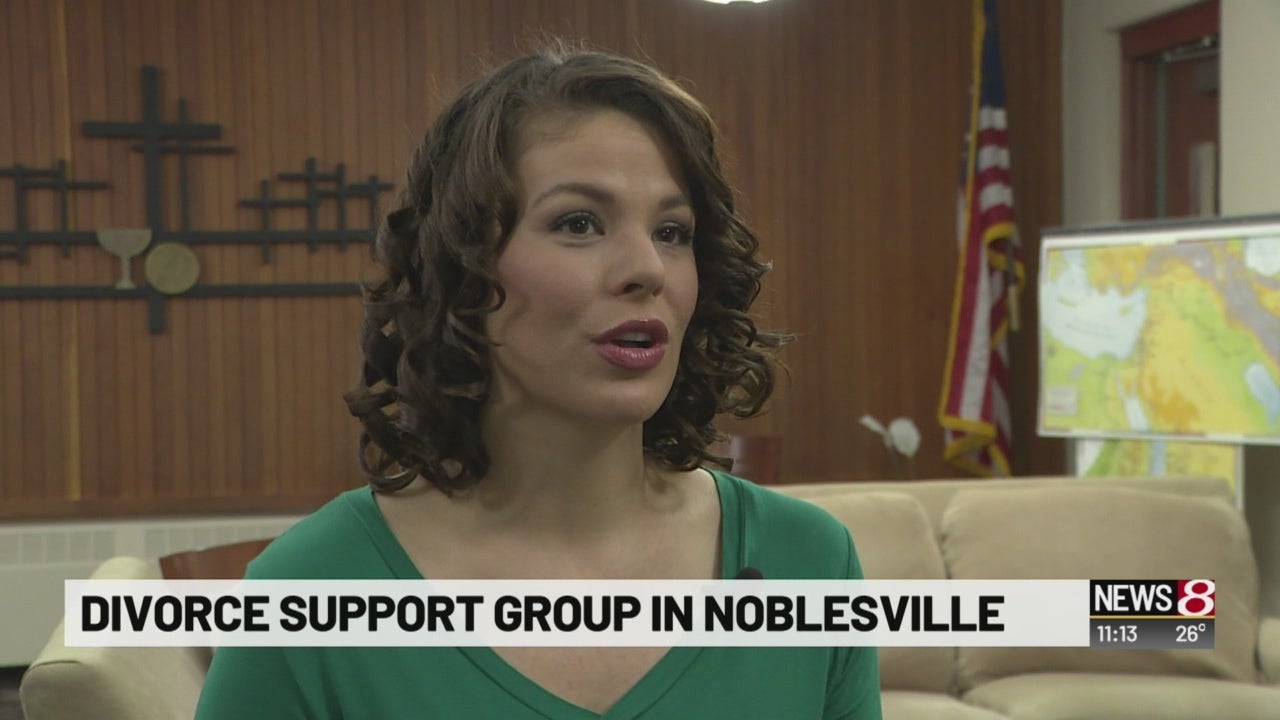 NOBLESVILLE, Ind. (WISH) — A support group for divorcees begins in Noblesville Friday, run by those who have experienced the loneliness of divorce first-hand.

Evers and his wife were both divorced prior to their marriage and say that while divorce happens across the state, they’re grateful to help people in Hamilton County. Evers says most attendees are surprised to find themselves in the group.

“From someone the week after they were served out of the blue with divorce papers and knew nothing about it,” said Evers, “to men saying I found out my wife is seeing someone else and she’s leaving.”

Vandi Enzor is from Carmel and graduated from the program more than 18 months after leaving her abusive husband. She says she wasn’t ready to talk about it right away, but was grateful the group was there for her when she was ready.

“It made me feel okay about myself and like I wasn’t going crazy,” said Enzor. “I knew that for a couple hours I didn’t have to pretend that I was okay. I didn’t have to act like I had it all together.”

Enzor says she got married at age 23 to a man who she loved, her family admired, and “on paper looked like the perfect person.” She says he slowly became more critical and controlling, and the violent behavior became physical around their second anniversary.

“It doesn’t start with them just hitting you one day,” she said, “and honestly being hit isn’t the most painful part. It starts with him getting emotionally distant.”

Enzor was able to seek help and find a safe place with her family but still found comments from some acquaintances and friends didn’t help.

“I think sometimes people can judge divorce and say flippant things about it carelessly and not understand what they’re talking about,” she said.

In the program, participants watch a 30-40 minute video about one of several topics including anger, loneliness, finances, forgiveness, children and new relationships. The videos contain interviews from psychologists, relationship experts and divorcees. The videos include some “support-group” style elements like extended hiking metaphors and a soft soundtrack. For Enzor the best part was the discussion afterwards.

“I could cry, I could laugh at things that maybe other people would think are inappropriate,” she said. “Some weeks I talked a lot. Some weeks I didn’t say anything.”

The group in Noblesville offers free childcare. It’s $15 to sign up and participants are welcome to attend any or all of the 13 weeks. Participants do not need to attend the church or be Christian to sign up.

Those who want to start a Divorce Care program in their community can order resources from Divorce Care.

In the meantime, Enzor and Evers say to be kind to yourself and to your neighbors. State census data shows in 2017 alone, 50,000 men and women in Indiana got divorced.