Do you realize how cute you were driving? Police stop tot 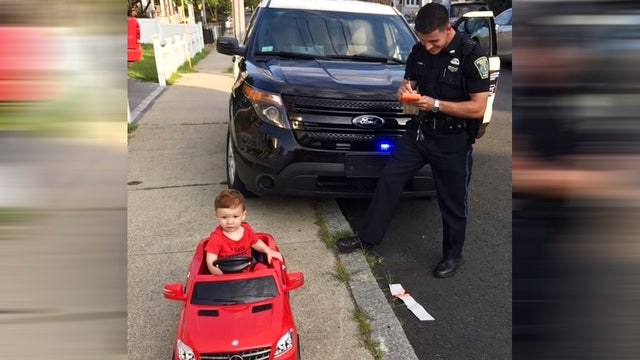 MALDEN, Mass. (AP) — A 1-year-old motorist has been pulled over for driving without a license — but he got off with a “cuteness warning.”

Police in the Boston suburb of Malden say they staged the traffic stop Tuesday afternoon after spotting Grayson Salerno driving a red toy Mercedes convertible along a sidewalk.

An officer pulled his cruiser behind Grayson, switched on the blue flashing lights and pretended to write a ticket.

Photos and video of the incident have been widely shared on social media.

Grayson’s mother, Cori Salerno, says she’s tickled the mock misdemeanor has made so many people smile.

It’s doubtful the young offender understands the charge. He was wearing a T-shirt with the inscription: “I have literally no idea what you are saying.”