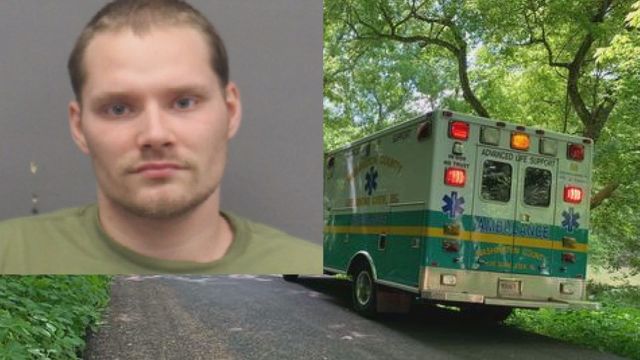 MENDOTA, Va. (WJHL) – A man admitted to investigators that he shot and killed three women he met while working at a traveling carnival, dumping their bodies in a river, according to court documents.

According to authorities, Wright admitted to killing multiple people and dumping their bodies in the North Fork Holston River. He said he used a .22 caliber rifle in all three shootings and stored the gun at his grandparents’ home in Mendota.

Authorities searched for those bodies in the river last week. Several crews assisted during the search on Friday, including Black Diamond Water Rescue and the Washington County Lifesaving Crew.

All three women had been reported missing between Feb. 28 and March 17.

Wright told investigators he shot and killed Elizabeth Vanmeter after a Feb. 28 fight. He said he buried her body near his home.

Vanmeter was reported missing March 17 from Carter County, but a caretaker said she had not been seen since Feb. 28, according to court documents.

Investigators found what they believe to be a grave in the woods where Wright claimed he buried Vanmeter.

Wright also confessed to the March 9 fatal shooting of a 17-year-old girl referred to as “J.A.” in court documents. Wright said he shot her after they had sexual intercourse in the woods near his home. Wright claimed he was trying to shoot an animal when he shot her instead. Wright told investigators he covered her body with logs next to a creek near his home.

The teen had been reported missing March 8 from Cobb County, Georgia.

Wright told investigators he shot and killed Athena Hopson while they were on a walk March 17. Wright told investigators he tripped and fell and shot her in the head near his home, then put her body in the back of his truck to take it to the hospital. Hopson’s body fell out of his truck while he was driving over a bridge on Nordyke Road, according to Wright. Wright claimed he could not retrieve her body and left it in the river instead.

Authorities are expected to reveal more details about this case in a Monday afternoon press conference.