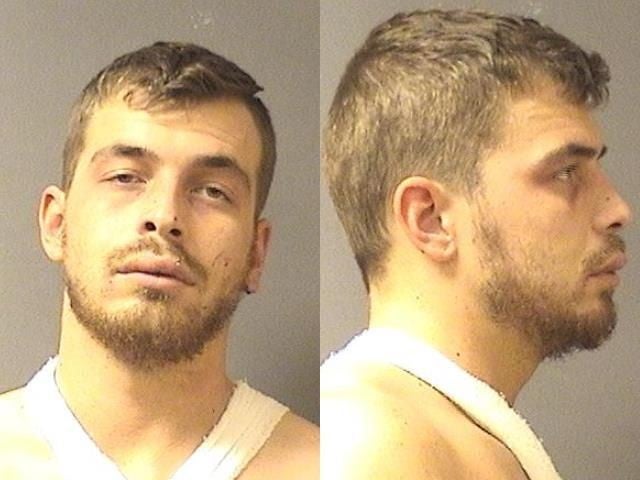 ALEXANDRIA, Ind. (WISH) — Investigators say a man was driving at nearly three times the legal limit and tested positive for marijuana after he caused a gas line rupture and evacuation in Alexandria last week.

Cody Vaughn, 25, faces a total of 16 charges, including 15 felonies. He pleaded not guilty on Wednesday.

Investigators said Vaughn crashed his car into a house in the 1100 block of W. Washington Street just before 9 p.m. on April 6. The car struck a Vectren Natural Gas Station, causing 40-foot flame into the sky. Around 100 homes in the area were evacuated and power was lost for many residents.

Vaughn was hospitalized after the crash. On Monday, he left the hospital against doctors orders and was then arrested in Anderson.

The front seat passenger in the car, Anna Dee Reels, suffered a fractured pelvis in the crash. One of Reels’ children was transported to Riley Hospital for Children at IU Health with a subarachnoid hemorrhage. A four-year-old child was also injured in the crash. Vaughn had to be extricated by firefighters.

IU Health is not releasing their medical records but Madison County Sheriff Scott Mellinger said both kids involved in the crash are being placed either in foster care or with another family member.

Vaughn’s BAC was .23 and he tested positive for marijuana.

Reels said Vaughn had been driving too fast and that they both had been drinking before the crash.

The Madison County Sheriff’s Office said Vaughn has past convictions for operating while intoxicated.

Cummings said he expects Reels to also eventually be charged with neglect of a dependent.