Docs: Man mailed dead animals, harassed couple after not being chosen for job 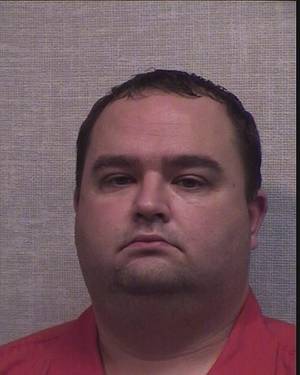 JACKSON COUNTY, Ind. (WISH) — An Orange County man has been charged after police say he was stalking and intimidating a couple because he was not chosen as a school’s basketball coach and fourth-grade teacher.

Court documents state that Tarrants began harassing a man because he was chosen over Tarrants for a fourth grade teaching position and basketball coaching position at Springs Valley School Corporation in French Lick.

Investigators believe that Tarrants placed four phone calls to the Department of Child Services, making claims that the victim was engaged in a sexual relationship with an underage student and that he was sexually abusing his fiancee’s daughter.

Tarrants is also accused of placing packages of dead animals in the mail, including four skunks and a raccoon. One of the packages was listed as being sent from the man’s fiancee and was mailed to the Seymour School District Administration building.

Another package was intercepted at the Jasper Post Office. It contained a dead raccoon and was sent to the post office box for the Medora school. His fiancee was again listed as the sender and also contained a message that said “RESIGN! IT WILL NOT STOP.”

Several letters that were mailed were also located by investigators. Letters were sent to both victims at their place of business, making claims of a sexual relationship with an underage student.

One letter was purported to be from a 15-year-old student. It contained a picture of a man’s genitals and the male victim’s telephone number.

Both victims also received threatening voicemails, threatening to kill the man’s fiancee and her baby. Investigators believe the phone number on the calls was “spoofed” or masked.

Tarrants is also accused of writing “(Explicit) u” and “u will die” on the vehicle’s of the victims in white spray paint.

In an interview with investigators, the girlfriend of Tarrants said that he had trapped five to seven live skunks in late spring. She said she thought it was odd that he had kept them alive for several days.