Doctors and cops among 277 arrested in human trafficking, online prostitution sting in Florida 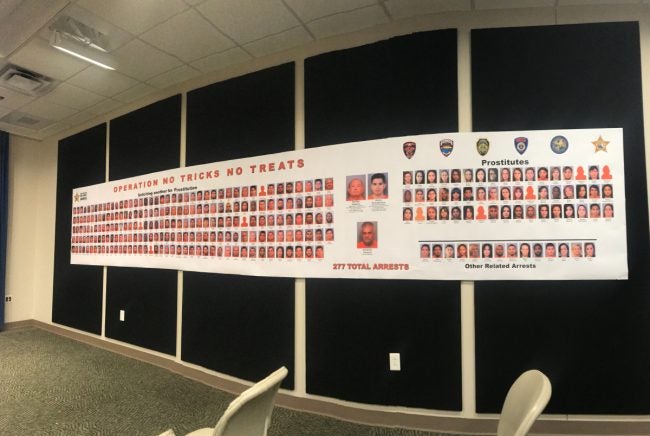 “That’s the most we have ever arrested in the history of the sheriff’s office,” Sheriff Grady Judd said.

Sheriff Judd identified some of the suspects arrested in the undercover operation as doctors and pharmacists, former and current law enforcement officers, a lawyer, two men who traveled to have sex with minors and two sex offenders.

These are some of the men arrested that the sheriff identified:

The sheriff’s office even caught one of their own. Former Sergeant Luis Diaz resigned from the force after 17 years.

BREAKING: @PolkCoSheriff caught one of his Sgts. In human trafficking sting. He made a deal for $100 for sex. @WFLA pic.twitter.com/E5kyw0EXKQ– Melissa Marino (@WFLAMelissaM) October 17, 2017

“We are absolutely embarrassed,” Sheriff Judd said. “We hold our own accountable. He messed up and no longer works for the Sherriff’s Office.”

“Welcome to Polk County,” Judd said to them during his news conference.

“We are committed to fighting human trafficking by arresting those who engage in prostitution and trying to identify human trafficking victims,” Sheriff Judd said in an earlier news release. “It’s no secret…you need to stay out of Polk County if you’re going to commit crime.”