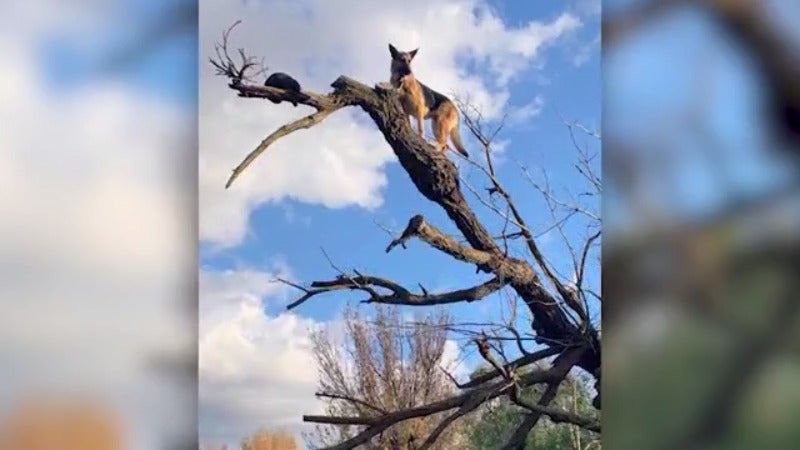 TRACY, Calif. (WISH) — We’ve all heard stories about firefighters rescuing cats stuck in a tree, but crews in this central California city were called out to rescue a trapped dog.

A German shepherd chased a cat up a tree and couldn’t get down. He was about 25 feet in the air.

The dog’s owner called the fire department for help. Crews used their ladder to carry the pup down.

As for the cat, it scurried away in the midst of the hubbub.

The Lathrop-Manteca Fire District said the dog rescue happened right after the truck dropped off Santa Claus in the city’s Christmas parade.