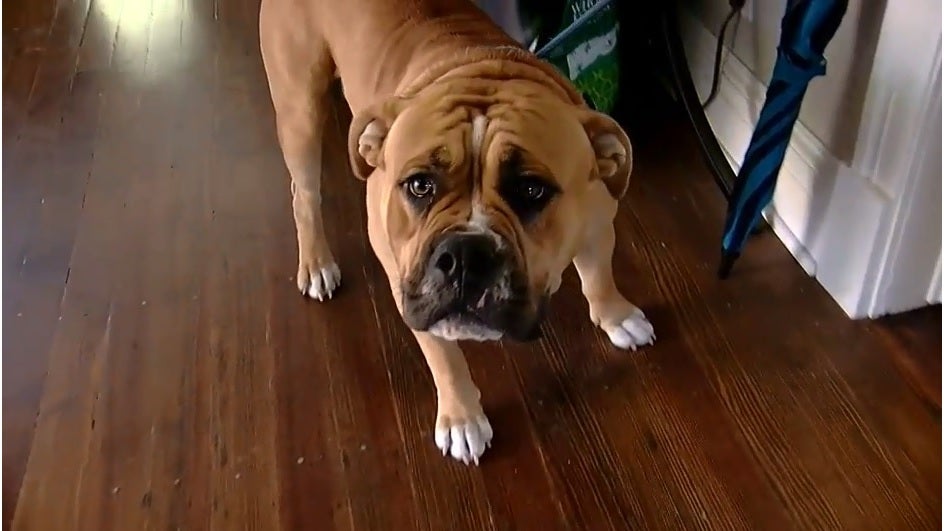 Klete Keller said after scheduling the dog sitting at his home on the west side, he came home early Monday morning, around 1 a.m., to something which he described only as horrific.

“The general smell in the house is disgusting, I’ve had all the windows and doors open,” said Klete Keller, a homeowner in Colorado Springs.

Keller said when he walked inside he noticed two shirtless men sitting on his couch. When he asked them to leave, he noticed something even more strange.

“There was an open bottle of personal lubricant and a camcorder on the end table, so it’s pretty self-explanatory what was going on,” said Keller.

The dog sitter he had hired was nowhere to be seen though. He later learned that she was in the bathroom showering.

WISH-TV’s sister station KXRM reached out the dog sitter, who wanted to remain anonymous, this is what she had to say about the incident.

“To be completely honest, I didn’t have WD-40 and my keys were stuck in my car, so I ended up grabbing what I had in my car, for things, that you know, I do on my personal time and I didn’t think to put it back in my car,” said the woman.

According to Keller, those weren’t the only odd things he spotted in his house, he noticed this too.

“There is also, what I can only assume, are bodily fluids on the couch,” said Keller.

The dog sitter said that she didn’t know anything about that.

“I wouldn’t know anything about that, because I, I know that I took a shower at his house and I sat on the couch in a towel and that was before my friends got there,” she explained.

Keller said his dog, Jimbo, was also locked in a bedroom, sitting in his own urine, acting terrified.

“It was just, just a total mess and I can only imagine what poor Jimbo saw in there,” said Keller.

According to Wag, this specific dog sitter had a rating of 4.96 out of 5 and had completed a combination of 305 walks and dog sittings. As far as her experience with Keller though, the sitter had this to say.

“I’d like to apologize to him for making him feel like I violated his house because that wasn’t my intention, I misinterpreted information and I had guests over when I shouldn’t have,” said the sitter.

KXRM also received a couple statements from Wag! who addressed their action on the matter.

“We have launched an investigation into this incident and have suspended the sitter from our platform. The circumstances around this incident are unacceptable, and we expect everyone on our platform to conduct themselves in a professional manner. The trust and safety of the Wag! community is a top priority, and we are working with the dog’s owner to restore his trust.”

Wag! explained that they have an extensive vetting process.

“Wag! does extensive background checks on all its walkers and sitters. This includes a SSN Trace (an Identity Check), a Facial Recognition Check (against all official documents provided), a Document Check, a National Criminal Check, a CountyCriminal Check, a Sex Offender Check and a Global Watchlist check. In this case, the walker/sitter passed all of them.”