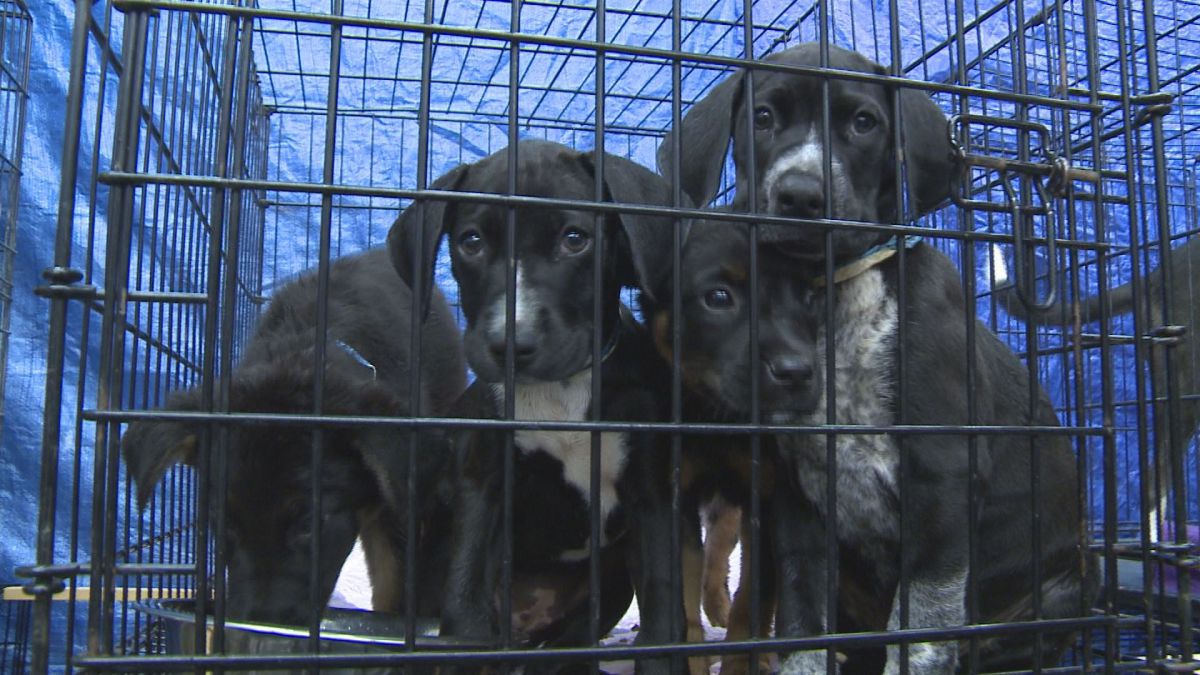 FORT WAYNE, Ind. (WANE) — A group of around 100 shelter dogs arrived in Fort Wayne late Saturday night from western Texas, but how those dogs got here has a lot of people angry.

They came in a box truck for the trip of 30-plus hours.

The Rescue the Animals shelter in Abilene, Texas, needed to free up space to host animals affected by Hurricane Harvey. The shelter transported the dogs they had before the storm to Fort Wayne in coordination with animal rescue and adoption organization G.R.R.O.W.L.

“I’m real angry,” she told NewsChannel 15, the newscast of WISH-TV sister station. “I’m real upset. Six of the dogs were taken away immediately by the [Allen County] sheriff’s department to get emergency medical attention, meaning their lives were in imminent danger.”

One volunteer told NewsChannel 15 he was the first to open the truck when it arrived. A temperature gun registered the box truck with an internal temperature around 120 degrees.

“I know our dogs that came up here were not transported with USDA (U.S. Department of Agriculture) certificates, health certificates saying it was safe for them to travel.”

She doesn’t approve of how the dogs arrived.

“I believe with the amount of money that was raised those dogs should have never been transported in an enclosed Enterprise rental van,” she said. “No animal should ever be transported inside an enclosed vehicle with no air conditioning. No access to fresh air.”

But despite the conditions, volunteers are glad they can now help.

“These dogs are happy,” said volunteer Joshua Braden once the group started getting the dogs out of their cages. “They’re getting loving, getting care and getting done what they needed to be done.”

The Allen County Sheriff’s Department is conducting an investigation on the transport.

NewsChannel 15 has attempted to contact both organizations involved in the transport, but they’ve either been unreachable or not returned phone calls and messages.