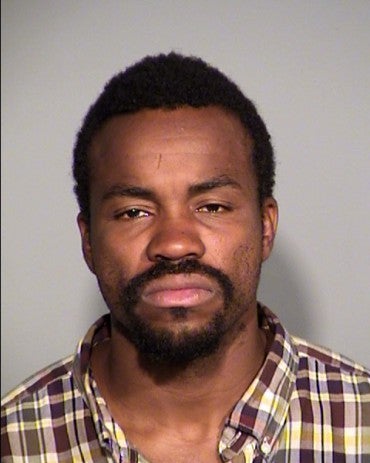 INDIANAPOLIS (WISH) – Police arrested a man after a string of robberies at area dollar stores along the near north and northeast sides of downtown. Police say 33-year old Roger Bell robbed eight businesses altogether, the majority were dollar stores. One was a Little Caesars pizza restaurant.

First it was the Family Dollar. Next it was a Dollar Tree, then a slew of Dollar General Stores. Police said Bell was on a mission to score dollars. William Smith is a regular at the Family Dollar on 38th Street near Kenwood Avenue.

“If he keeps hitting up these stores, we ain’t going to have nowhere to go,” said Smith.

Fred Hopkins works at that same Family Dollar. It was one of the locations that was robbed.

“He came in and he was just like, just looking around like really not buying anything.” Hopkins added, “He had his hand in his pocket, but we don’t know if he had a weapon.”

Hopkins said his coworker was standing behind the register area when Bell attacked her.

“He had her hemmed up against the cash register. He had her pushed up so he was on her back side.” Hopkins continued, “He then told her to open up the register and he started counting down and we can’t open the register.”

Bell then took off with the register, which contained around $150, Hopkins said. Not long after the robbery, notices went on the Family Dollar’s door that included Bell’s mugshot as well as surveillance pictures. Similar notices went up at other businesses in the community.

“A lot of people around here say they know him. They say he be around here all the time, like everybody knows him,” said Hopkins.

Smith is now reconsidering where he shops.

He added, with Bell behind bars, he feels little relief.

Bell is accused of robbing:

Officers say they found Bell hiding in an abandoned garage on North Ruckle Street. He was apprehended and transported to the Arrestee Processing Center. Bell is still in police custody.