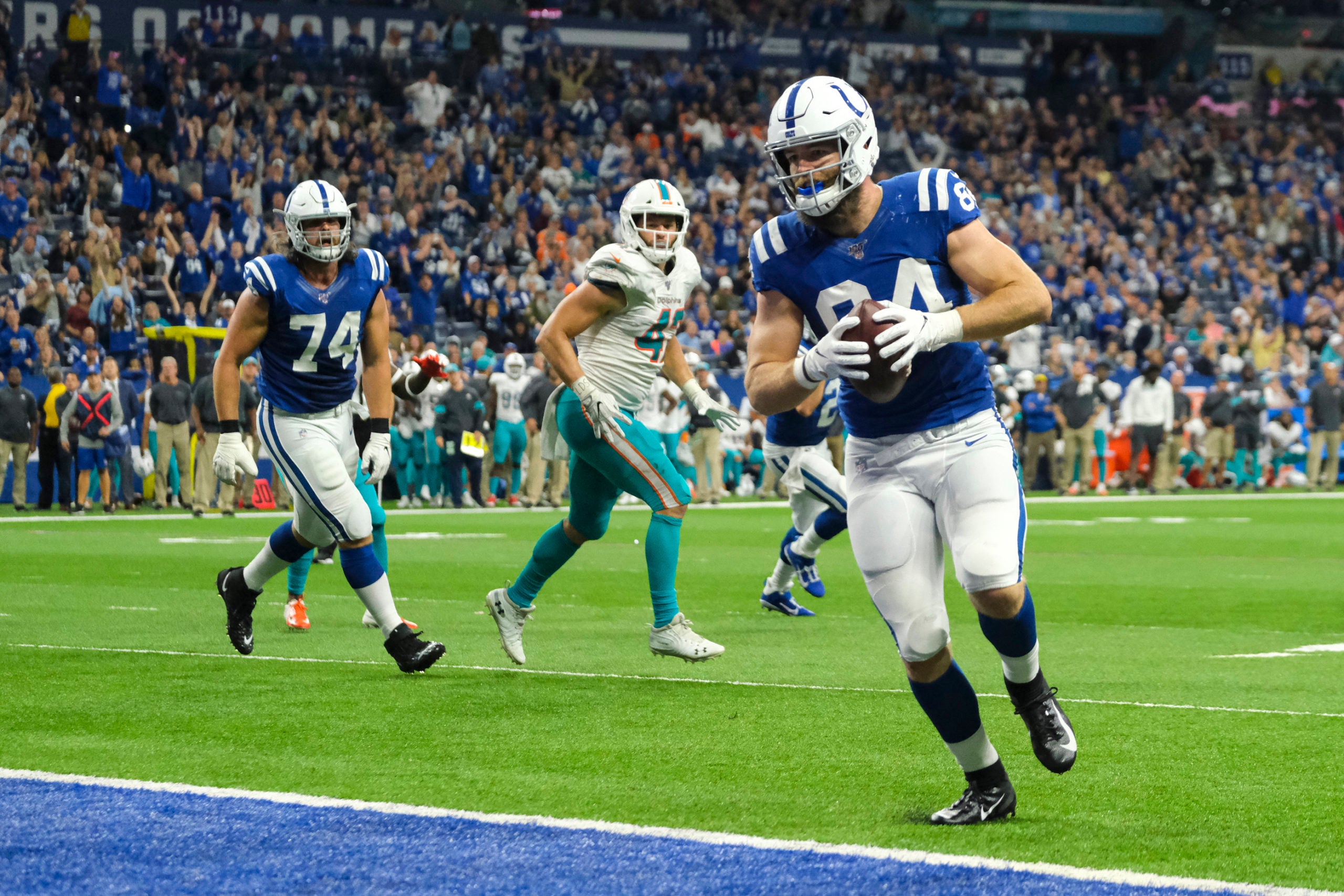 Their defense is forcing turnovers. Their offense is capitalizing on the miscues. And when they need a big stop they’re getting those, too.

Ryan Fitzpatrick scrambled for an 11-yard touchdown run Sunday, the Dolphins converted three Colts turnovers into 13 points and the defense preserved a 16-12 victory at Indianapolis with a red-zone stop in the final minute.

“We created some turnovers and those are always big,” coach Brian Flores said. “We are starting to come together. I think being able to overcome adversity is part of playing in the National Football League. We’re starting to do that at a higher level now.”

That’s major progress for a team that opened this season with seven straight losses and finally ended a 10-game skid last week.

Now the Dolphins (2-7) have consecutive victories for the first time since December, the third time in two seasons and their first road win since September 2018. And while the old-school approach might not look aesthetically pleasing yet, it’s certainly proving effective.

Miami won this one despite gaining only 229 yards and scoring one TD — courtesy of the nimble feet of the 36-year-old Fitzpatrick , who wasn’t even sure he’d make it to the end zone.

“When I stepped up I saw a lot of daylight,” Fitzpatrick said. “I was a little surprised I got all the way to the end zone, but I made it. So I still have a little bit of quickness I guess.”

But the Colts didn’t help themselves, either.

Brian Hoyer started in place of the injured Jacoby Brissett at quarterback and struggled mightily. Indy (5-4) gained only 300 total yards and while Hoyer completed just 18 of 39 passes with one touchdown and three interceptions, all of which led to Miami scores.

The first came when Steven Parker wrestled the ball away from Eric Ebron in the end zone and set up a 47-yard field goal.

The second set up Fitzpatrick’s scoring run, and the third set up a 48-yard field goal that made it 16-12 after Adam Vinatieri missed his sixth extra point of the season — a miss that caused the Colts to need a touchdown when they reached the Miami 16-yard line with less than a minute to play instead of a tying field goal.

Hoyer took three chances at the end zone with all three falling incomplete. The fourth pass was an 8-yard completion to Eric Ebron on fourth-and-10, sealing Miami’s victory.

“We had plenty of time and timeouts to go, so all of those passes we threw had underneath options,” coach Frank Reich said after losing his second straight regular-season game for the first time since October 2018.

Dolphins: Have had six straight games without allowing 400 yards in offense. … Fitzpatrick finished 21 of 33 with 169 yards, no touchdowns and one interception while Kalen Ballage ran 20 times for 43 yards. … Miami earned its first win at Indianapolis since 2013.

Colts: Vinatieri tied Morten Andersen’s league record for field goal attempts (709) when he made a 39-yarder with 38 seconds left in the third quarter. Vinatieri has made a league record 596 field goals in his career. … Marlon Mack had 19 carries for 74 yards. … Ebron caught five passes for 56 yards.

Dolphins: Linebacker Jerome Baker left in the second half with what appeared to be an injured right knee. And the booth official told the refs to send Fitzpatrick to the sideline at the start of Miami’s final series after he had a taken helmet-to-helmet hit on the previous series.

Colts: Running back Jordan Wilkins injured his ankle during the third quarter and did not return.

Freeney is second in franchise history with 107½ sacks and was joined by a group of former teammates including Peyton Manning and Edgerrin James on the field.

“Before when I came out of that tunnel, when I was the last out of the tunnel, I had my helmet on, I was ready to go, I was ready to go in and attack somebody,” he said. “Well this wasn’t attack mode. This was more like, ‘All right Dwight, calm down. Remember what you’re going to say.’ It was a different feeling. It was a great feeling.”

Colts: Will try to win third straight division game this season when Jacksonville visits next Sunday.