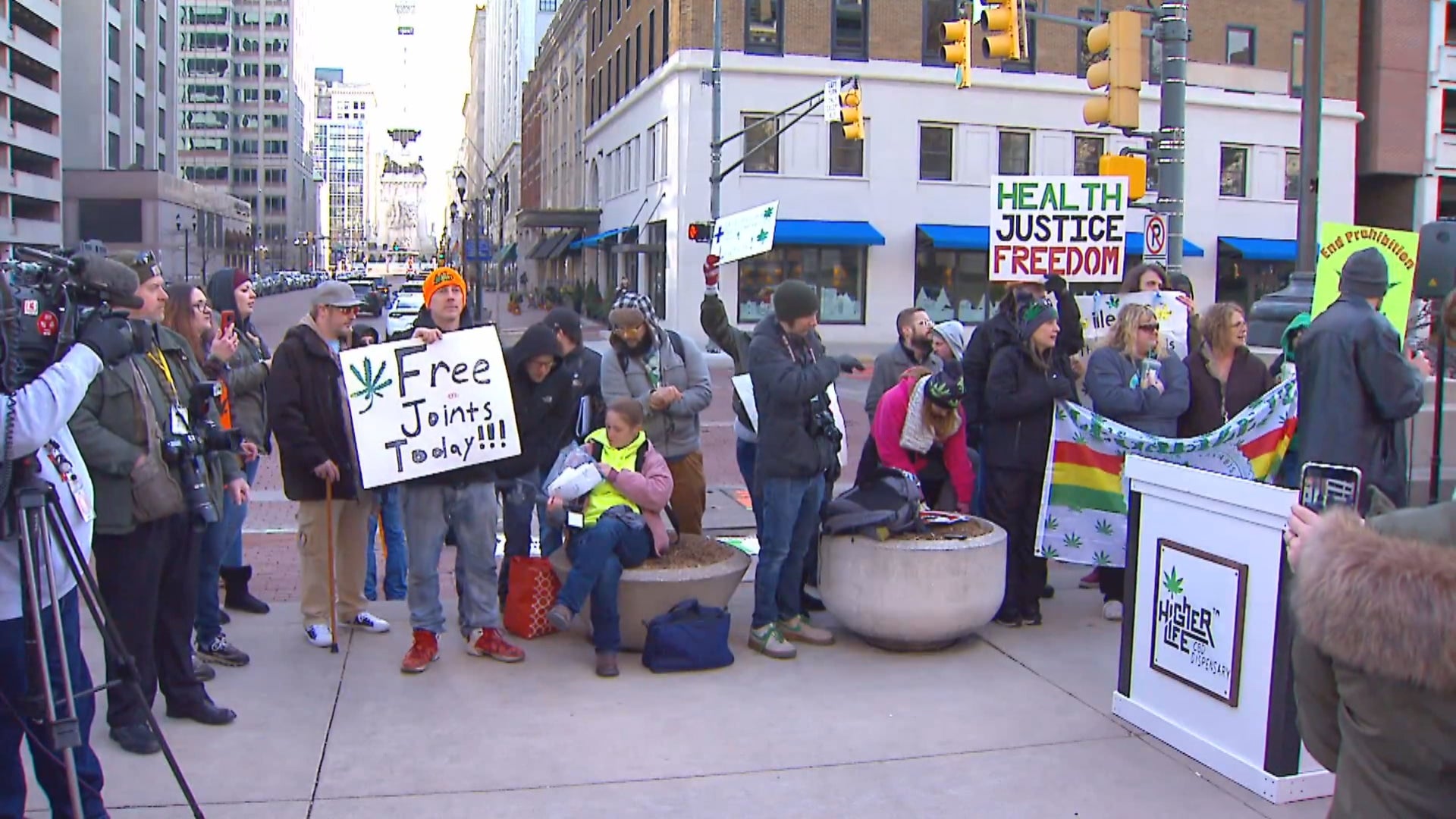 INDIANAPOLIS (WISH) — As state legislators gathered for a new session, dozens rallied Monday outside the Statehouse for marijuana to become legal in Indiana.

“I think nationally we’ve proven that it’s something that we want as a group, as a community, and I think I need to do my part and let my voice be heard,” said Dana Harrell of Indianapolis, who supports legalization of marijuana in Indiana.​

Desiree Tedford, who owns the High on the Hill tobacco shop in Indianapolis, gave a message to lawmakers. “Please be a little more open-minded. Sooner or later there’s going to come a time when somebody in their life is affected by a disease that can be cured by a plant that God gave you.”

“I’m somewhat empathetic or sympathetic to the potential medical benefits. But, we need this to go through the FDA (U.S. Food and Drug Administration) process like every other drug that’s sold, and that’s not occurred yet. So, I would direct folks’ attention to making it legal federally first.”

Republican state Rep. Jim Lucas and Democrat state Sen. Karen Tallian both filed bills that would decriminalize possession of less than an ounce of marijuana statewide. Tallian said there were more than 20,000 marijuana possession arrests in Indiana in 2018.

“We do not need to keep doing this. It’s crazy, especially when we’re getting the squeeze from Illinois, Michigan, Ohio,” Tallian, from Portage, said Monday.

“I think those are great decriminalization bills,”said Jack Cain, a board member for Indiana NORML, which is the Indiana chapter of the National Organization for the Reform of Marijuana Laws. “It would be a great first start to at least stop arresting people.”

Lucas’ bill would create the infrastructure for medical marijuana in Indiana.

“Let’s give this issue the day that it deserves within the legislative process,” Lucas, from Seymour, said. “Let it happen.”