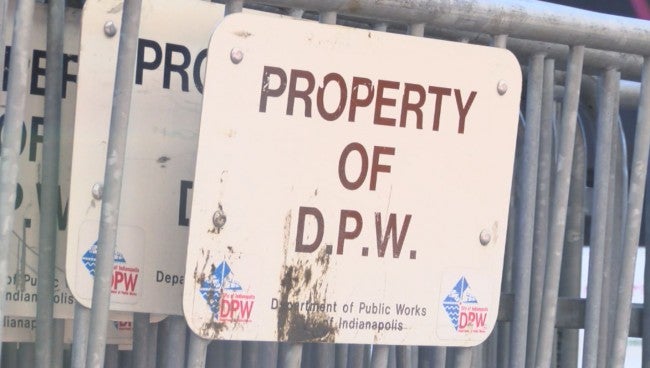 INDIANAPOLIS (WISH) — On Tuesday, crews were out making sure the roads and sidewalks are smooth in time for the Final Four weekend.

The Department of Public Works says they filled 5,200 pothole requests during the month of March. Crews used 2,100 tons of hot mix asphalt they used to repair around 275 potholes a day.

“We ramped up our efforts to prepare for the Final Four by repairing issues reported to the Mayor’s Action Line. We targeted high traffic areas that include Lucas Oil Stadium, Georgia Street, Monument Circle and Mass Avenue,” DPW Spokesperson Scott Manning said.

The Final Four cleanup crews also placed recycle bins throughout the city on Tuesday that will be picked up by Friday morning. Damaged street signs and traffic lights are also on the list to be checked on Wednesday and Thursday.

If you would like to report a pothole, damaged light or sidewalk the hotline number is 317-327-4622.