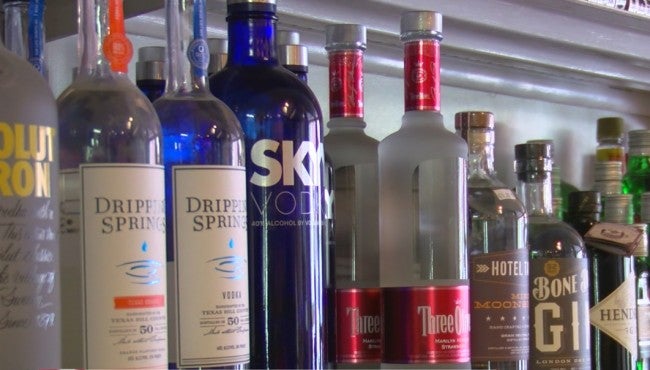 CNN — Your mouth naturally contains about 700 types of bacteria, some good but others not so much. The mouths of people who routinely drank one or more alcoholic beverages each day contained an overabundance of bad bacteria and a smaller amount of good bacteria than those of nondrinkers, new research has found.

Having too many harmful mouth bacteria is known to lead to gum disease, heart problems and even some cancers. By contrast, good microbes in our mouths check the growth of harmful germs, ultimately paving the way to better health.

“This is the first comprehensive study of alcohol intake on oral microbiome,” said Jiyoung Ahn, the study’s senior investigator and an epidemiologist at the NYU School of Medicine. “Oral microbiome” is the medical term for the colony of bacteria in our mouths.

Having recently shown that the types of bacteria found in the mouth can influence the development of oral and upper digestive tract cancers, Ahn and her colleagues decided to investigate what diet and lifestyle factors might shape the oral microbiome.

A group of 1,044 healthy people between the ages of 55 and 87, most of them white, took part in the study. Overall, the group included 270 nondrinkers, 614 moderate drinkers and 160 heavy drinkers. All of the participants provided spit samples along with detailed information about their eating, drinking and other lifestyle habits.

Ahn and her co-researchers ran laboratory tests to genetically sort and quantify the oral bacteria contained in each person’s sample. The team plotted the results on graphs to better see which bacteria stood out among the drinkers in comparison with nondrinkers.

What did they see? The drinkers had more Bacteroidales, Actinomyces and Neisseria species of bacteria, all potentially harmful, with some causing periodontal disease and others causing a decrease in beneficial bacteria. Compared with nondrinkers, participants who regularly enjoyed a cocktail or two also had fewer Lactobacillales, a family of bacteria known to promote reduction of gum inflammation.

“We did not find a specific threshold level,” Ahn said, though heavier drinking led to more extensive changes in the oral microbiome. She added in an email that “heavy alcohol intake is a known risk factor for multiple chronic diseases, including cancers (head and neck, esophagus, colon and breast), liver disease and cardiovascular diseases.”

More study participants would be needed to understand whether there were any differences between the drinkers who stuck to just one beverage (only beer, say), the researchers note.

Possible explanations for drinking-related microbiome imbalances, Ahn said, could be that acids in alcoholic beverages make the oral environment hostile for certain bacteria to grow. Another reason could be the buildup of harmful byproducts from alcohol’s breakdown.

What’s “new” here, said Olivier George, an associate professor in the department of neurology at the Scripps Research Institute, is that the researchers conducted a “very comprehensive analysis” of mouth bacteria and that this “could indicate (or not) if there is a level of drinking that doesn’t affect your mouth microbiome.”

That said, it’s “impossible to say if these effects are due to drinking per se or due to the poor hygiene associated with drinking,” said George, who studies addiction but was not involved in the new research.

There’s “tremendous interest” in the role played by bacteria in our body, he said. “They could affect aging, cancer, a variety of health conditions and even control brain function and play a role in behaviors.” However, the study results do not make it clear whether the mouth bacteria imbalance for drinkers influences the development of cancer, he said.

Going forward, Ahn and her colleagues plan to investigate the reasons why drinking alcoholic beverages is associated with a change in the oral microbiome.

In a separate study, researchers say that about one in 10 cases of premenstrual syndrome (PMS) may be linked to drinking. The new research was published Monday in the online medical journal BMJ Open.

‘Altering the level of hormones’

Though some “minor” physiological changes are normal, said Dr. Bahi Takkouche, senior author of the study and a preventive medicine professor at the University of Santiago de Compostela, “PMS is characterized by intense, if not huge, changes. It is probably normal for a woman to be somewhat tired before menses. But it is beyond normal if she is so depressed that she can’t go to work or if her relationships are seriously impaired two days or more every month.”

Several studies have suggested that PMS tends to be more severe among women who drink alcohol. Yet it’s never been made clear whether this is due to alcohol itself or whether women reach for the bottle to cope with their symptoms.

For the new study, Takkouche and his colleagues found 19 relevant studies from eight countries. Combined, the studies included data from more than 47,000 participants.

Analyzing the studies, the research team found that drinking was associated with a 45% greater risk of PMS, and among heavy drinkers, this rose to a 79% greater risk.

Around the globe, just under 29% of women drink alcohol, and one in 20 female drinkers (6%) would be considered heavy drinkers, the World Health Organization estimates. In Europe and America, almost 60% of women drink, and 12.5% do so heavily.

“Together with other researchers, we believe that alcohol increases PMS risk by altering the level of hormones, such as gonadotropin, during the menstrual cycle,” Takkouche said. Gonadotropin, released by the pituitary gland, helps women ovulate.

George F. Koob, director of the National Institute on Alcohol Abuse and Alcoholism, said that “earlier work showed mixed results relating alcohol and PMS.” Koob, who was not involved in the research, adds that Takkouche’s analysis has “sufficient power” to detect a relationship. The study is “well-designed,” he said, but the results show only an association. They do not indicate that alcohol causes PMS.

“There are reasons to believe that alcohol misuse is more detrimental to women’s health than to men’s health,” Koob said. “Research suggests that women are at greater risk of a range of negative effects of alcohol misuse, including liver inflammation, memory blackouts, cognitive deficits, cardiovascular disease and certain cancers.”

Takkouche believes that more research is needed to understand the relationship of alcohol and PMS.

“We believe that women should not accept intense premenstrual symptoms as normal and that they should consult a doctor if they suffer from them,” he said. “Avoiding drinking in excess is probably a good recommendation.”