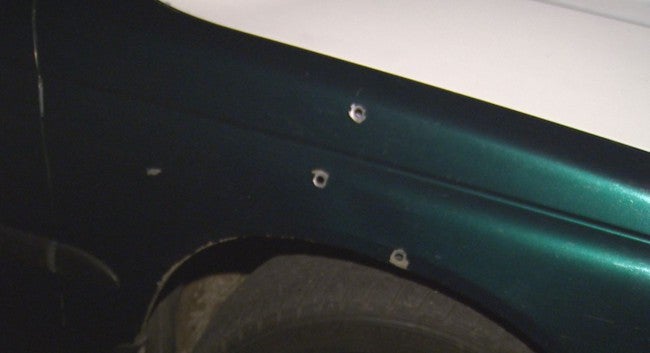 INDIANAPOLIS (WISH) — A man from Speedway said he is lucky to be alive after a round of shots were fired at his vehicle while he was stopped at a light on Saturday.

Indianapolis Metropolitan Police Department officers say the incident happened at the intersection of 22nd Street and Central Avenue on the city’s near north side around 12:40 a.m.

Tyler Anderson told 24-Hour News 8 that he was stopped at a red light when a white suburban pulled up next to him and started shooting at his car.

Police say six bullets made it into the car, but Anderson was not injured. Anderson says he was armed and would have defended himself had he had enough time to.

Anyone with information about the shooting should contact Crime Stoppers at 317-262-TIPS.